Veteran actress Sridevi’s untimely demise has left everyone reeling in shock. She was not only a talented actress but also had many other skills up her sleeve. One of them was painting and the actress had taken up the art in the last few years. In fact, she had made a beautiful painting of one of her B-town co-stars, Sonam Kapoor.

Apparently, Sridevi made a painting of the actress from her debut film ‘Saawariya’ where Sonam was wearing a bright blue dress. In fact, this piece of art was going to be auctioned in Dubai for which the veteran actress had stayed back after attending Mohit Marwah’s wedding. Unfortunately, she accidentally drowned in the bathtub in her Dubai hotel room which proved to be fatal. Her last rites took place yesterday and the actress is mourned by fans and celebs all across the country. 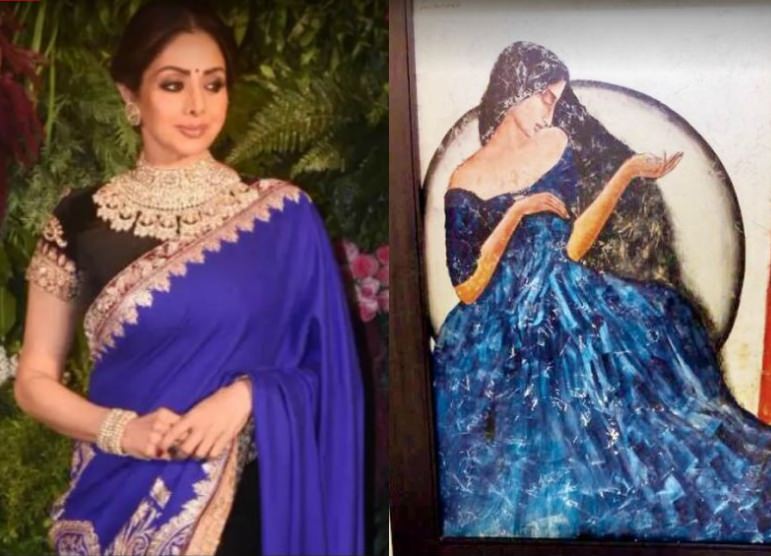