Nawazuddin Siddiqui is one actor who has been appreciated and loved not just by his fans, but by the entire Bollywood fraternity also. His versatility has been remarkable – from acting like a total ‘dabang’ in action packed movies like ‘Gangs of Wasseypur’ and ‘Paan Singh Tomar’, to donning a comical and a goofy role in ‘Bajrangi Bhaijaan’. Not to forget his kickass performance in the movie ‘Kick’, where he definitely proved that he’s not less than any of the Khans, any day. ‘Babumoshai Bandookbaaz’ is his upcoming action-thriller movie and is directed by Kushan Nandy. The trailer is out now and you can obviously predict that it’s going to be his one of the best we have seen so far. The movie is set out in the state of Uttar Pradesh, the accent and style surely reflects that. The trailer is filled with humorous dialogues and has some wild action romance. Also, before the release of the trailer, Nawaz apparently posted an image of him posing in Salman Khan style with a caption: “Jane kyun sab humko ‘Bae’ bulate hain… matlab #BesharamBabu , kal trailer lekar aayenge”. No wonder he’s a ‘bae’ of the entire nation. 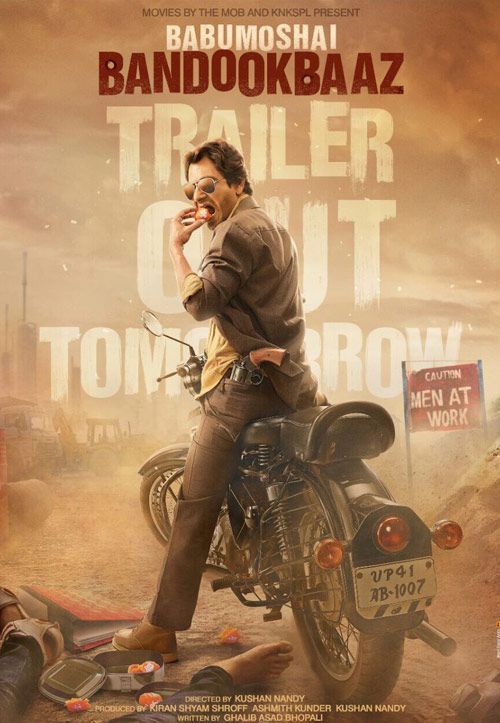 The movie also stars Bengali actress Bidita Bag (the leading lady) who replaced Chitrangada Singh along with Divya Dutta  who is impressive as always. It’s set to hit the theaters on the 25th of August.

You can watch the trailer here-