Dhadak touts with an urban setting and is a much lighter attempt as compared to the original is basically Karan’s idea for the film’s Hindi adaption. As Karan is popularly known for launching star kids, this time the filmmaker received Nepotism backlash from the audience after he made an official announcement of Jahnavi and Ishaan’s debut.

Targeting Karan with the arrow of Nepotism, some of the comments read: 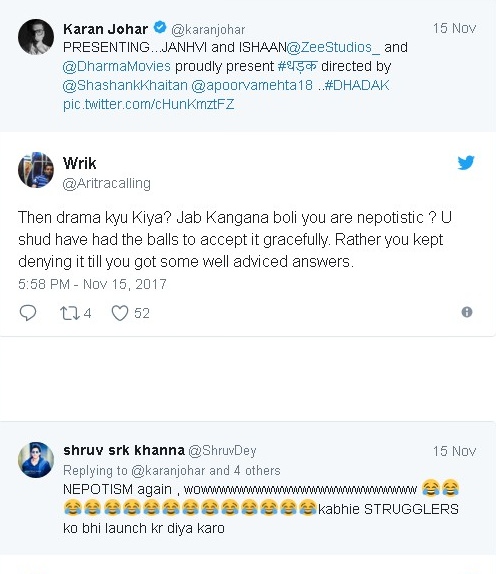 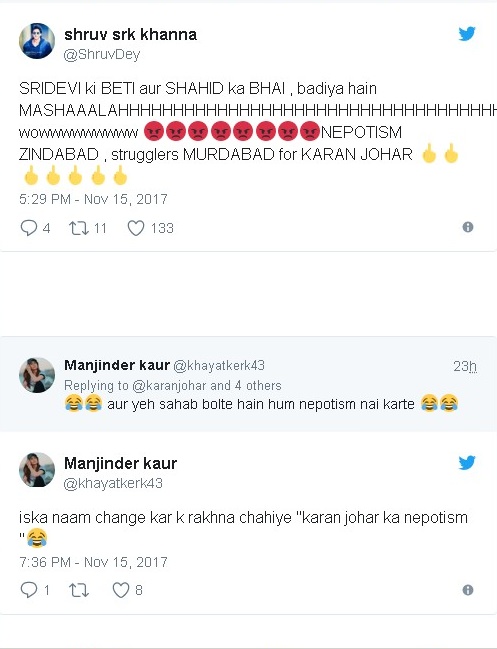 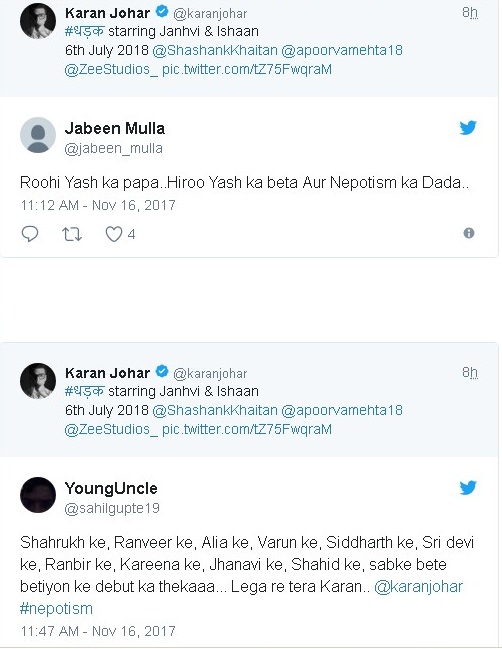 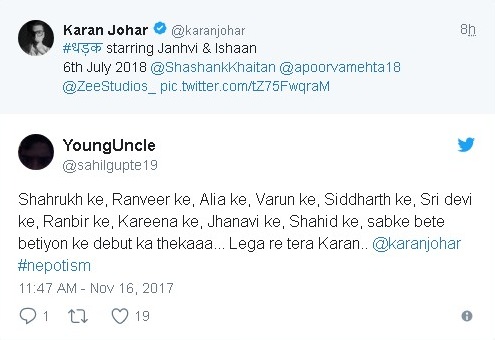 The comments are shocking as the film’s trailer is yet to be unleashed – this points out the seriousness of hatred towards Nepotism among the audience. This could be a worry for Karan and the two stars as receiving such not so positive response for the posters are definitely not a good start for the film.

Anyway, we can be judgemental only on 6th July 2018 as this is when the film is scheduled to hit the silver screen. We wonder what Karan Johar has to say about these comments.

What do you guys think? Is it too early to judge the newcomers and do you agree with the trolls or do you have some other opinion? Tell us in the comment section below.