A gallant act on the part of West Bengal chief minister Mamata Banerjee moved megastar Shah Rukh Khan (SRK) so much that he touched her feet.

A video clip of that moment is being widely viewed on social media, which is commending Banerjee for her “true class”, among other things. In the undated video, Banerjee can be seen dropping the star at Kolkata airport in her humble Hyundai Santro car.

Upon reaching the airport, Banerjee is seen getting out of the car and opening the door for SRK. This no-airs attitude on the part of a state chief minister moved the megastar so much that he spontaneously bows down and touches Banerjee’s feet. 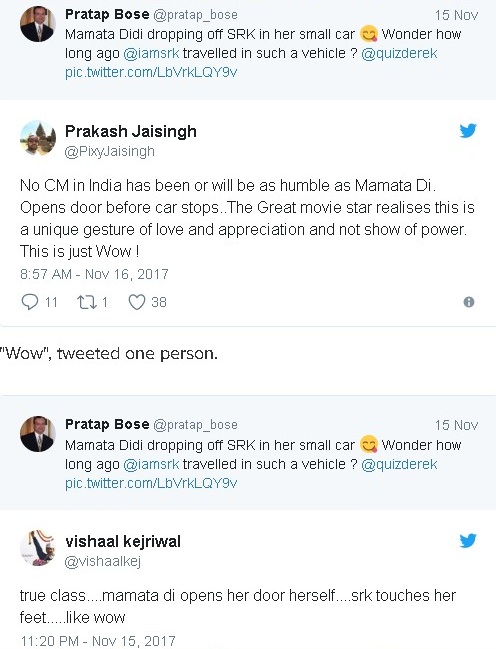 SRK, who has several luxury cars in his possession, was seated in the back (as Didi always sits next to driver in the front) of the humble hatchback, which, incidentally, he’s been endorsing for the past 19 years.

It is no secret that King Khan shares a special bond with Mamata. The TMC president is often seen attending matches of Kolkata Knight Riders, of which the 52-year-old actor is the owner. She also sends him a ‘rakhi’ every year on Raksha Bandhan.

SRK recently tweeted a photo of him with the Bengal CM from KIFF where the warmth between the two was on full display. 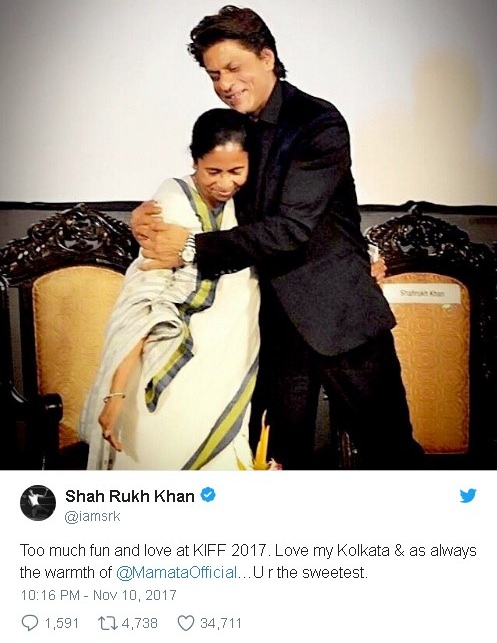