Salman Khan and Jacqueline Fernandez are going all out to promote their upcoming film ‘Race 3’.

Recently, the duo visited the sets of dance reality show ‘Dance Deewane’ and Jacky shared a video wherein she can be seen asking a hug from a seven-year-old participant.

However, the kid didn’t want to hug her and said: “Aise hi. Mann nahi kar raha,” (Just like that, I am not in a mood).

The Bhaijaan then went on to get Jacqueline on the stage. He got Jacky on stage and asked the boy again, “Ab kar raha hai mann?” (Do you now feel like hugging her?)

He then insisted the boy and went on to push him at Jacqueline who can be seen waiting with her arms stretched out to hug the boy.

It didn’t stop there, he again forced the boy who looks reluctant, to hug her for the second time. “Ek aur baar hug karo tight sa,” (Hug her once more tightly) he instructed him.

Later, Jacqueline shared the video on her Instagram account and captioned it: “Kids usually love me, this boy was an exception.. at least I got my hug in the end.”

Soon after the video went viral, netizen slammed Jacqueline and Salman for their act. 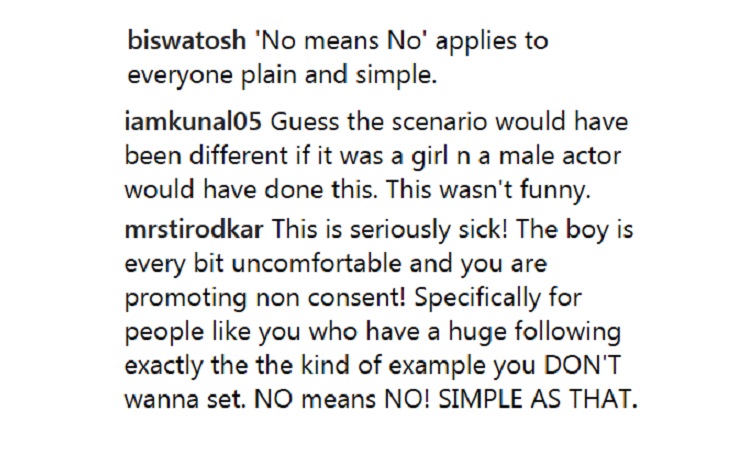