The finale is almost here and we are still trying to recuperate from the loss of the dragon. But since things move real quick on ‘Game Of Thrones’, the attention is now shifted to other things, one of them being the fate of Little Finger, possibly one of the most cunning characters in the series who knows exactly how to shield himself from danger, EVERY. SINGLE. TIME. When he is not creep stalking Sansa, and shoving secret notes in someone’s hands, you will find him lurking around Winterfell brewing conspiracies like tomato soup. Fans are already angry at how he’s dividing the Stark sisters at the moment. However, what is his ultimate plan for himself? A Reddit user who goes by the name ‘Squirrelwoman’ seems to have a legit theory about him. “Littlefinger wants Sansa and the Iron Throne; Jon is the roadblock in the way of both goals. Littlefinger’s already told us what his basic strategy is; he lets his enemies destroy each other for him while he acquires more territory and an ever-larger army.” 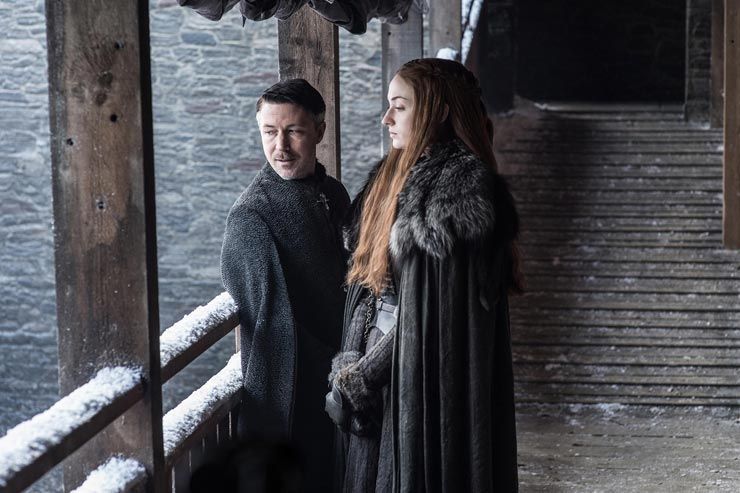 “Adding the North to his pile is his next step, and while he seems to be sitting around Winterfell twiddling his thumbs, he’s actually positioned exactly where he wants to be, with a fantastic excuse for staying out of the fiery bloodbath to the south. While Littlefinger and his army are parked safely at Winterfell, his rivals are dropping like flies: the Martells and Tyrells are gone, half the Greyjoy fleet just sunk the other half, and Team Cersei and Team Daenerys are hacking away huge chunks of each other’s military might every time they clash. In Littlefinger’s plan, it doesn’t matter much whether it’s Cersei or Daenerys who wins; whichever one sits on the Iron Throne at the end will do so with heavy martial losses and a serious public relations problem. People hated Targaryens before one unleashed a Dothraki horde and burnt the countryside… and they hated Cersei before she blew up their religion and strutted around pregnant with her brother’s baby, thus proving the rumors true that Joffrey and Tommen were never legitimate kings. 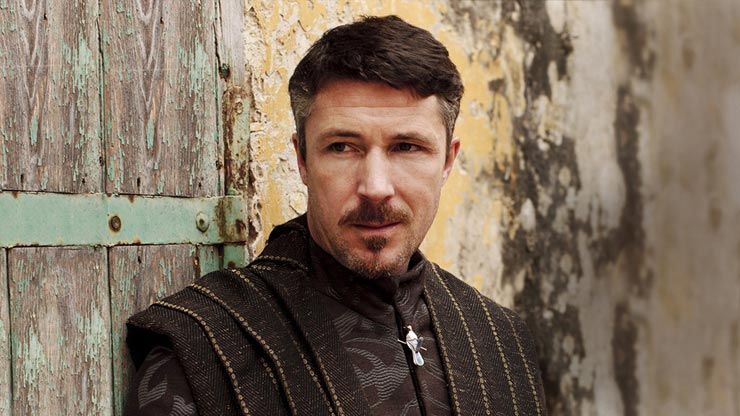 And just imagine… into this mess rides the Queen in the North, trueborn supermodel daughter of the famously noble, recently vindicated Ned Stark, with the united armies (and food!) of the North, the Vale, and the Riverlands behind her, to be hailed as the liberator of the Seven Kingdoms. It would be sweet justice immortalized in a thousand songs. Once Littlefinger has Sansa installed, Littlefinger can either be the power behind the throne or marry her to claim it himself. MIND=BLOWN, right?