Jon snow’s suicide mission was bound to fail from the beginning. It’s just his luck that whenever he is on the verge of dying, someone comes to his rescue. Jon Snow is the Matt Damon of ‘Game of Thrones’. Towards the end of the 6th episode of season 7, when Snow is left alone with the White Walkers and almost dead, Benjen Stark magically appears out of nowhere. The hooded rider on a dark horse flashing a flaming chain, Uncle Benjen cut a fierce picture, as we heaved a sigh of relief, and so did Jon Snow. Of course, he stayed behind to stall the White Walkers and let Jon get away.

We were left wondering how he appeared at the right time and the right place to save his Stark nephew. If you remember, he had earlier rescued Bran and Meera from the White Walkers and revealed it was because “the Three-Eyed Raven requested it.”

Bran, who is now the Three-Eyed Raven, can not only warg into creatures, he can also communicate and warn someone. This time he sent Uncle Benjen to rescue Jon. 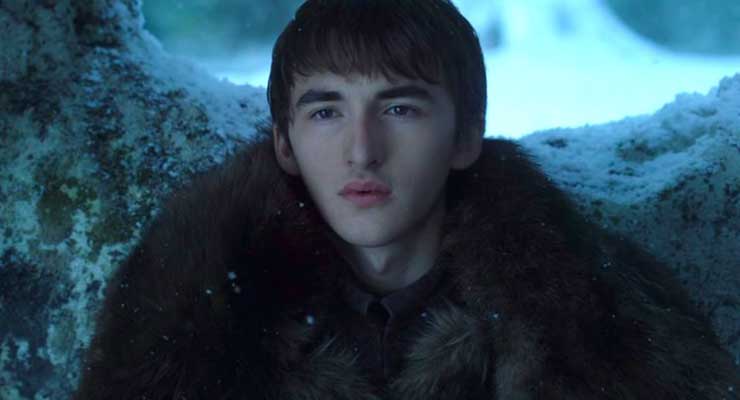 Benjen Stark has been destined to stay beyond the Wall because he was attacked by a White Walker who pierced him with an ice sword. He tells Bran and Meera that the Children of the Forest saved him by shoving dragonglass in his chest. Though he did not become a Wight, he can’t cross the Wall that is protected by magic spells to prevent the dead from passing through it.

Benjen Stark is literally the most useful character in #GameOfThrones history. Every time he shows up he saves someone. pic.twitter.com/QOjtPxzliG

Although Benjen disappears among the White Walkers with his flaming chain, we believe he will be not be dead so easily. Considering he is already half-dead and seems to have a connection with the Three-Eyed raven, we think there’s more to him than meets the eye.

Did you see that Jon’s sword which sir Mormont gave it to him opens eyes when jon comes out.#hbospoileralert #GameofThrones7 #GoTS7 #GoT pic.twitter.com/qvkTdJ6lBN

We all heard about Jon Snow’s sword Longclaw having a life of its own, after we saw how it opened its eyes when Snow emerged from the icy water. Fans theorise it was Bran who had warged into the sword. Some also say it is possible that the sword has a trapped soul, and the only soul that can possib;y still be alive is Azhor Azhai’s. This could be a powerful hint about Jon Snow being Azhor Azhai.