These fan theories are never ending, I tell you. But we can never get enough of them, so brilliant some of them are. Looks like beside George RR Martin, David Benioff and D.B. Weiss, there are thousands of other brilliant writers secretly toiling hard over the scripts in their studies. And sometimes, their hard work produces some of the most mind-boggling GOT theories ever. We think even George RR Martin would be amused by some. Winter has officially arrived in the show and it’s going to be a battle between the alive and the dead. So far we know that the Night King has brought along the army of the undead through the Wall, thanks to Daenerys’ dragon. The massive army will kill ruthlessly and ordinary mortals will be helpless against their ice swords. But that it is not all. It could never be so simple in GOT. 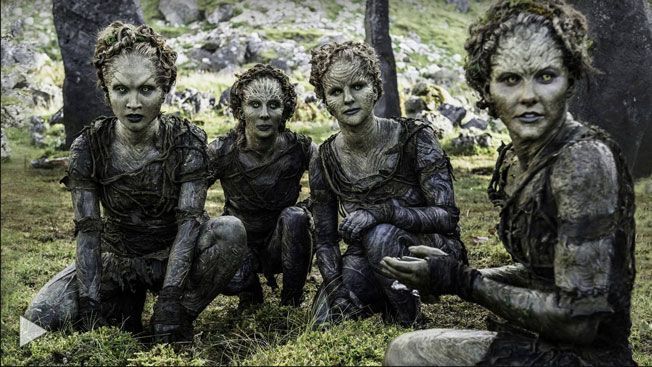 A Reddit user who goes by the handle ‘twerkmileyyy’ has a crazy theory in place. And it sounds way too legit to ignore. He charts the predicted itinerary of the White Walkers and believes they are headed towards God’s Eye. The Isle of Faces is a lake that is found at God’s Eye and it’s the place where the Children of the Forest and the First Men made a pact of peace. Among the many magical properties of this place is the gift of eternal life.

The Redditor believes that the Night King has greensight because he could even see Bran when the latter had warged into another time and place. The Night King has foreseen that the Isle of Faces can bestow life and he hopes to induce life into his undead army and create an entire kingdom for himself.

So, basically, this means the Night King, after defeating the mortals from the Seven kingdoms, plans to raise his army from the dead and establish a reign of his own. Surely it’s no fun to rule over dead people. This is also probably why the undead army formed the Stark sigil while marching through the Wall – the Night King was originally a Stark and he plans to rule as part of the Stark clan. Now it’s only a theory and raising an entire army from the undead is too far-fetched even from GOT standards, but (and there’s a huge but) the Night King could also only raise just a few Wights and White Walkers at the Isle of Faces. Only as much as he needs by his side to rule the Seven kingdoms, and that includes the Ice Dragon as well. A sly pact with Cersei could also be a possibility that cannot be ruled out.

Guess it will all turn out to be a war amongst humans only then. And that is scarier than the undead.