Melisandre has always been somewhat of a mystery and we loved the touch of magic in the show, save for the fact that her miscalculated prediction causes the death of a little girl. After all, dragons can’t do much beyond breathing fire, can they? In her brief appearance in episode 3, Melisandre drops a very important hint about Varys that we have most probably missed. After bringing fire and ice together, Melisandre decides to leave Dragonstone; of course, we know why she is avoiding Jon Snow and Ser Davos – the blood of a little girl on her hands doesn’t look too good. She tells a suspicious Varys that she is going to Volantis. Varys slyly tells her not to return to Dragonstone as it might not be safe for her anymore.

Melisandre’s response “I will return […] one last time. I have to die in this strange country, just like you”  left both Varys and the viewers stumped. What did she mean?! Is she predicting Varys’ death? Does she know something we don’t? 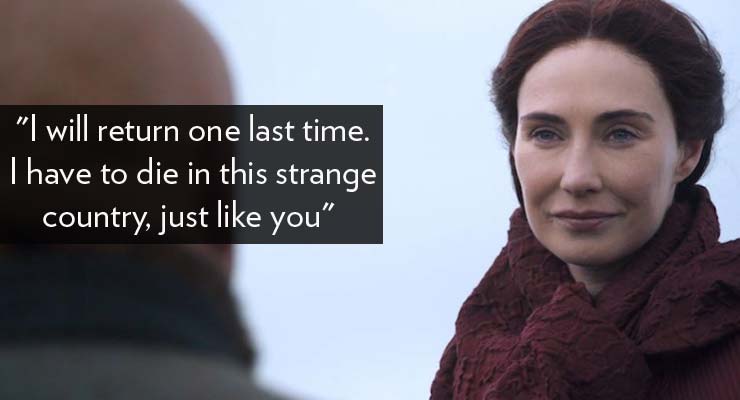 First things first, if you thought Varys was being hostile towards the Red Witch for no reason, you are right. The reason can be traced back to the tragic incident that changed his life forever. Varys was bought by a sorcerer who castrated him as part of a magic ritual and later left him to die on the streets. He confesses to Tyrion that he hates magic and sorcerers and explains his dislike of the Red Witch. If you recall, Varys hears a voice from the flames, a fact he is uncomfortable with. The fact that Varys has a connection with the supernatural world has been established in the show. Fan theories suggest that he is not lowborn, but of royal blood – something the Red Witch also hints at when she says, “None of us are common folk anymore.” It is believed that the voice speaks to him during the blood ritual, because he is of royal blood. 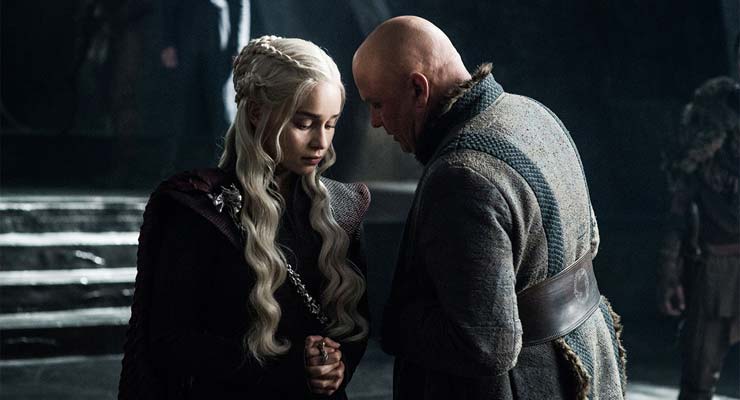 Melisandre’s prediction of his death hints at two major possibilities – Varys could betray Daenerys, the result of which would be him being burned alive, or he could be capable of magic himself, just like the Red Witch, even though he hates it.

Throwback to season 6 when Kinvara, a priestess in R’hllor, stumps Varys by asking him “Should I tell you what the voice said? Should I tell you the name of the one who spoke?”  Was the voice predicting his death? Does he know he will die in fire?

Varys, if he indeed betrays Daenerys, could then change the course of war since he is an insider in her camp and would be privy to the most confidential of plans. Whatever it is, one thing is for sure – Varys will not have a linear role in the coming episodes.