The fifth episode of ‘Game of Thrones’ season 7 was so heavy on plot twists, we had to pause to take breathers. Like hello, slow down! Long lost characters are re-introduced, Jon Snow’s Targaryen identity is almost revealed, Cersei throws a knock-out of a news at Jaime, Arya and Sansa are already on the brink of a fall out. Jon Snow is already back in the north and beyond the Wall , though we are still trying to adapt to the sudden change in the weather, because we were still at Dragonstone two scenes before that. So much has happened in this episode of ‘Game of Thrones’, it’s only legit to list out the best plot twists and what they mean. The moment finally happened. Dany’s dragon takes a liking to Jon Snow, just like his mother. Face to face with Drogon, Jon caresses his rocky forehead without being burnt. We can see the fire in Drogon’s eyes and it’s clear Jon is meant for bigger things. Oh come on, out with it already! 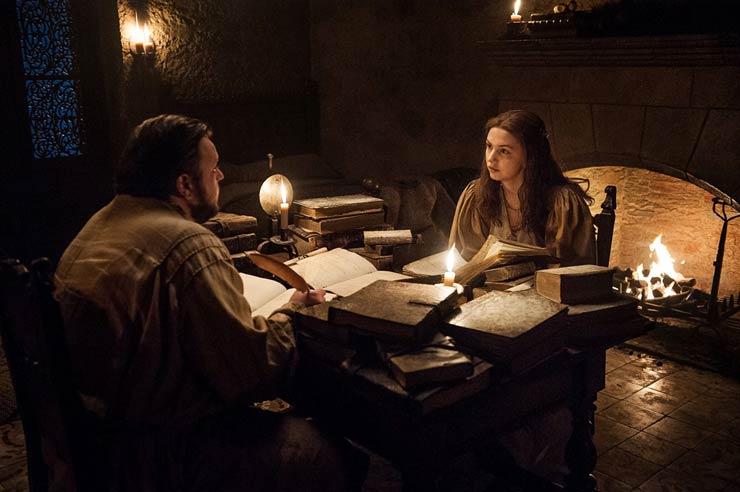 A seemingly insignificant conversation fans might have missed, this one’s even better than Jon petting the dragon. Reading out trivia picked from books, Gilly unknowingly stumbles upon an important piece of information, one that could challenge Daenerys’ claim to the Iron Throne. Gilly mentions a Prince ‘Ragger’ who annuls his marriage and get married to another woman in a secret ceremony in Dorne. No points for guessing it’s Rhaeger Targaryen who marries Lyanna Stark and they are Jon Snow’s parents.

This means that Jon is not  bastard but a trueborn Targaryen, and becomes the rightful heir to the Iron Throne. His claim becomes stronger than Daenerys’ because kings are given preference over queens in Westeros.

Cersei will have a fourth child?! 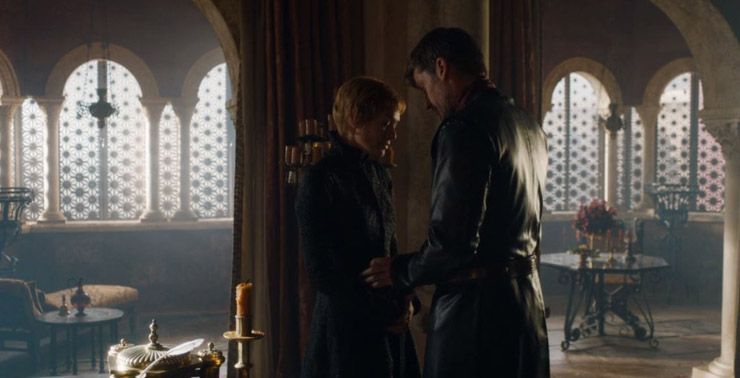 Now that was unexpected! This is a plot twist we didn’t see coming. Or is it another of Cersei’s schemes to bring back Jaime from the house of skepticism. Cersei was told in the prophecy that she would have 3 children, all of which would die before her.

Now Cersei is either proving the prophecy wrong or she will probably not carry the child to term. She is already willing to strike a deal with Daenerys, something that will buy her time to come up with a plan to win the war. With news of the pregnancy, she also wins back Jaime who was increasingly growing skeptical of her ways.

Also, erm.. where is Euron?

Littlefinger Is Back With His Sly Tricks 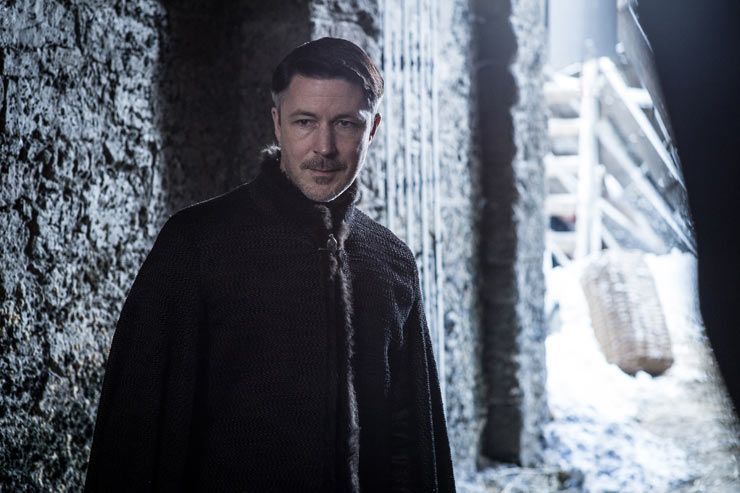 Littlefinger has finally begun to weave a web of lies and deceit. While we thought Arya would expose Littlefinger and catch him in the middle of a sly coverup, he turns the tables on her by leading her to Sansa’s little secret. The scroll Arya finds dates back to the time when Sansa was in King’s Landing and literally, under house arrest, and Cersei had forced her to write a letter to Robb tell him their father had plotted to kill Joffery and had been charged of treason. 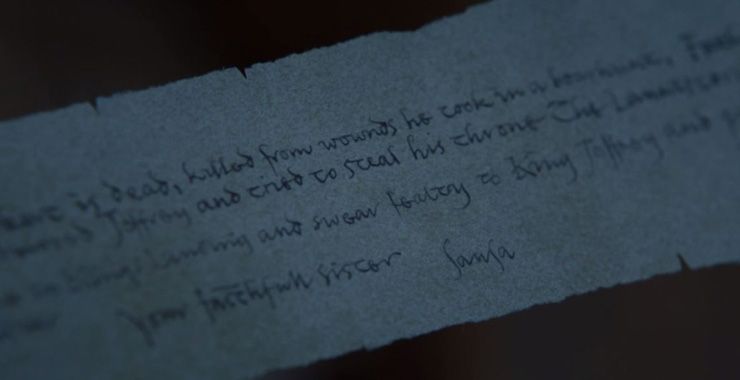 He is obviously trying to poison the relationship between the two sisters, something that wasn’t exactly perfect before they left Winterfell in the first place. There was already some tension between them when Arya confronts Sansa about her failure to defend Jon Snow in front of the lords. 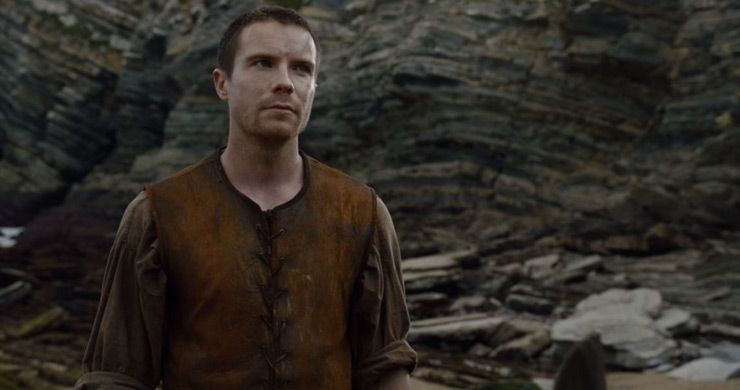 We must confess we were curious about the whereabouts of Gendry. The lad has grown and knows how to wield a hammer. But his eagerness to run to the North to fight the White Walkers, creatures he has never seen, is a little too unreal and forced. For someone who probably has never even met King Baratheon, his biological father, trying to chat up with Jon like old family friends looks a little silly, to be honest. But the man can kill. He doesn’t bat an eyelid before hammering down the two Lannister soldiers. We have a feeling he’ll be the first casualty of the White Walkers, just like the most enthusiastic member of a gang is always the first to die in a horror movie.

One more reunion besides Jon and Arya’s we are looking forward to: Gendry and Arya’s. Do we see a love story in the making?! Only if the White Walkers don’t kill him.