On the auspicious occasion of Navratri on Thursday, the makers of period-drama film “Padmavati” unveiled the first look of the film in which actress Deepika Padukone looked every inch a reigning empress.

The first poster of the film shows Deepika donning a red lehenga and choli by designer duo Harpreet and Rimple, paired with elaborate Rajasthani jewellery by Tanishq.

Some 200 ‘karigars’ (craftsmen) worked for 600 days to create some of the most iconic pieces that will be showcased in the movie. Each piece of jewellery worn in the movie plays a significant role in some of the most crucial scenes such as the celebration of Diwali, Holi, Ghoomer and the Jauhar scenes, said a statement.

The poster shows a group of women in veils standing behind Deepika who can be seen standing with folded hands. The actress is essaying the role of Rani Padmavati of Chittore.

The “Bajirao Mastani” actress captioned the first poster: “Devi Sthapna ke shubh avsar par miliye Rani Padmavati se ‘Padmavati’.”
The second poster also shows the actress, who is sporting a unibrow for the first time, standing inside what seems like a temple.
She captioned the second image: “‘Padmavati’.” 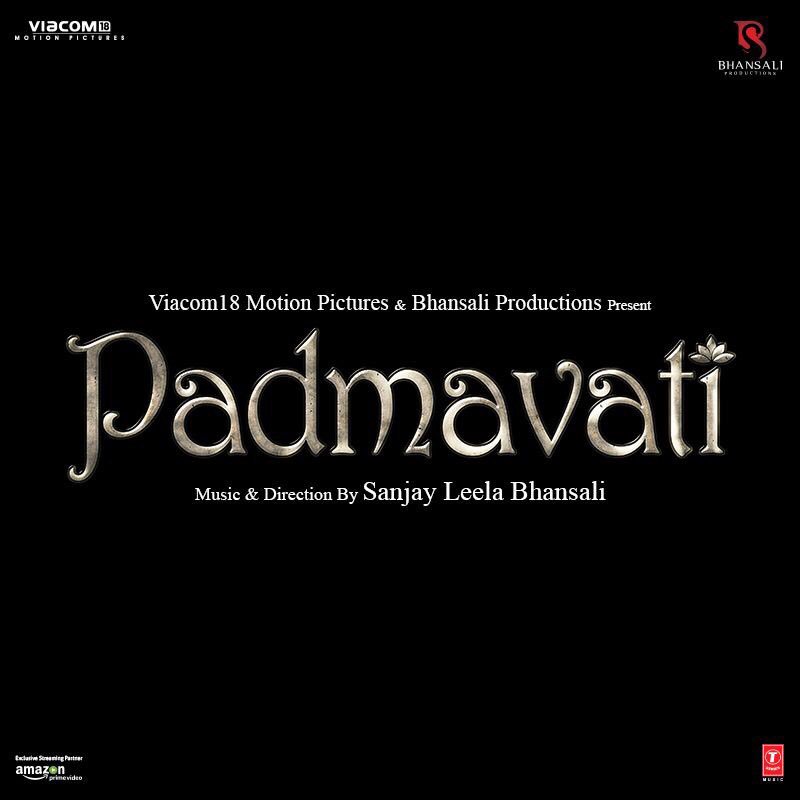 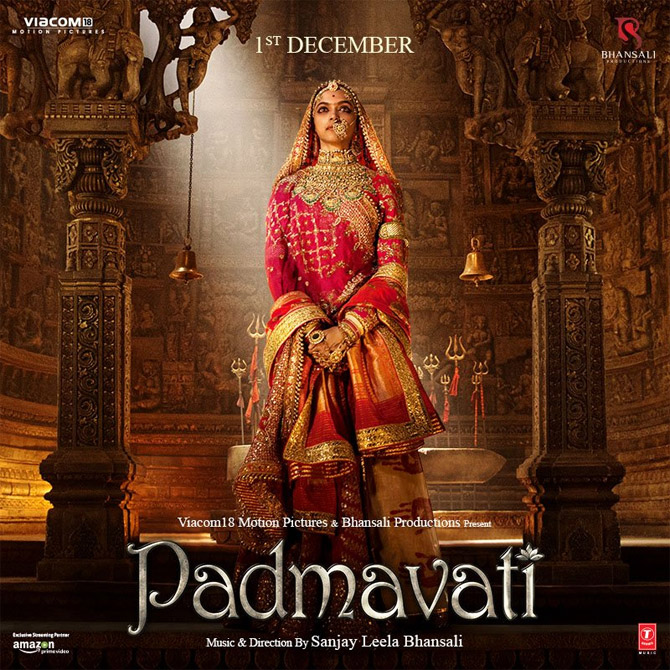 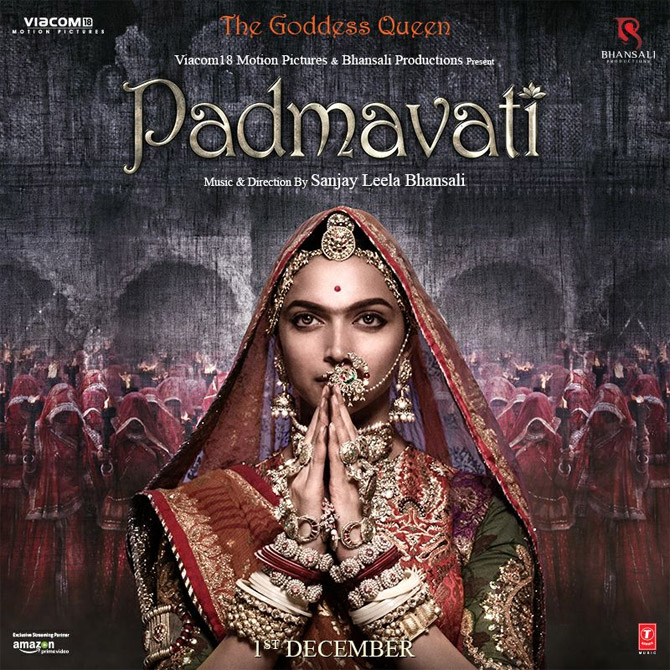 “Padmavati”, which will release on December 1, tells the story of Alauddin Khilji, the medieval-era Delhi ruler who fell in love with Rajput queen Padmavati.

Actor Ranveer Singh, who is playing Khilji, also shared the poster and captioned it: ” Mallika-e-Chittod – ‘Padmavati’.”