Gore Verbinski is in negotiations to direct “Gambit”, which stars Channing Tatum in the lead. Tatum, 37, will also serve as a producer on the X-Men spin-off with his partner Reid Carolin through their Free Association production company, along with Simon Kinberg, reported Variety. Earlier, Rupert Wyatt and Doug Liman were attached as directors. The Gambit’s character, also known as Remy LeBeau, was created in 1990 by Chris Claremont and Jim Lee, a mutant who is an expert card-thrower with the ability to mentally create, control and manipulate kinetic energy.

Taylor Kitsch first played The Gambit onscreen in the 2009 film “X-Men Origins: Wolverine”. The script for the movie has been penned by Joshua Zetumer. The film is yet to have a release date.

Being a celebrity, no matter how glamorous it looks, isn’t exactly the world’s easiest job, especially when you don’t have any guiding figure in the film industry.

Most of these superstars, who serve as an inspiration for most of us, weren’t always this rich or famous. Most of them were not born with a silver spoon in their mouth and thus, they too had to resort to doing jobs, like the rest of us. While some had pretty normal jobs in their younger years, some of them had rather unusual and surprising jobs before they made it big.

Check out our list of odd celebrity jobs to see the typical, the unexpected, and the downright unbelievable.

Brad was studying journalism when he realized his passion for acting. But since dropping out of college doesn’t always turn out for the best, the actor chauffeured strippers in a limo for a while. And that’s not all; he also was s mascot for a fast food chain called El Pollo Loco and wore a chicken costume while giving out flyers.

“My job was to drive them to bachelor parties and things,” he told in an interview. “I’d pick them up, and at the gig I’d collect the money, play the bad Prince tapes and catch the girls’ clothes.” Don’t be inspired by this one.

Well, we are just glad that he left this aspect of his past, for good. 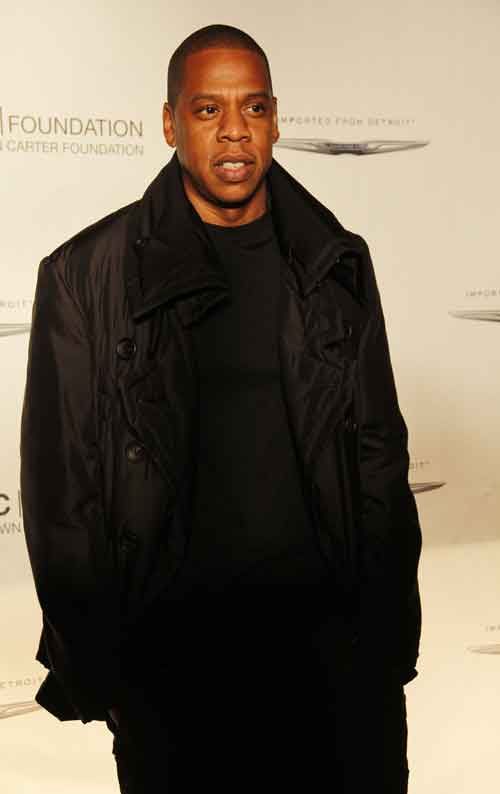 This handsome hunk was previously a Physical Education teacher at a school in England. But that’s pretty normal, right?

His second job, however, was that of a professional clown. He revealed in an interview,

“I was Coco the Clown and I had no magic tricks and I remember a six-year-old standing up at a party saying ‘Mummy this clown is terrible, he doesn’t know any tricks’ – and he was right.’ “

In case you find it too hard to believe, have a look at this proof that he tweeted.

Damning proof I used to do clowning. pic.twitter.com/9dJao2bDOG

He is an excellent actor but at his previous jobs, he was terrible.

For a while, he was a telemarketer for pens. (Yes, that’s apparently a thing.) But he was so ashamed of the “scam” that he was pulling people into, that he started pleading his customers to back out.

After that, he moved on to become a mechanic but as fate had it, that didn’t work out for this superstar either.

He recalled in an interview, ”I changed all the tires on this guy’s car, did the alignment, put the wheels back on, pulled it down, guy got in, and his left rear wheel shot off the vehicle. I was asked to leave, needless to say.” 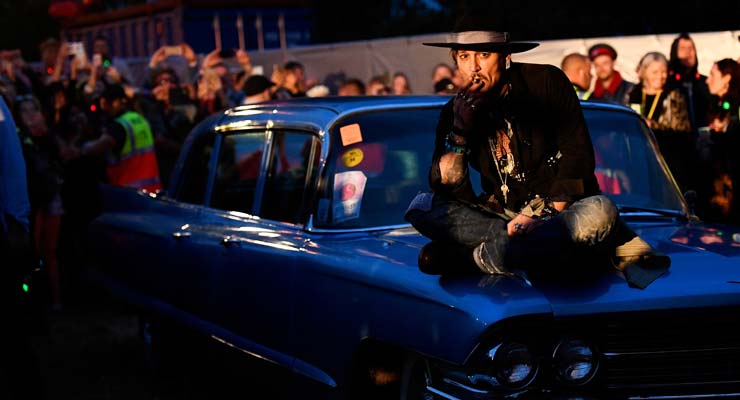 Performing the role of a stripper in a movie is not that unusual, but Channing Tatum has had some practice in real life. When he was about 19 years old, the actor used to perform in a strip club because, as he puts it, he was “young and dumb and stupid and just wanted to make some money.” He did it for whole eight months before it became too much to handle.

In case you are interested in watching him perform, here’s a video:

Sylvester Stallone had his share of bad days before his acting career took off. But one of the lowest points of his life was when he had to clean out lion cages at the Central Park Zoo for $1.12 an hour. He even made an appearance in an adult film called ‘The Party at Kitty and Stud’s’.

So the next time you feel bad about your job, think of him and take inspiration for not giving up. 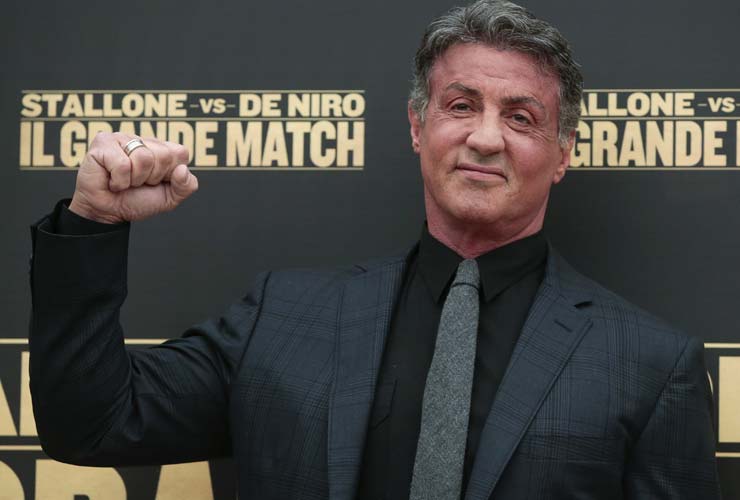 Matthew used to live in Australia an exchange student and therefore had to struggle pretty hard to make ends meet. He worked as a chicken coop cleaner, a place where most of us won’t be able to stay for a minute. But since that didn’t pay much, he also had to wash dishes for some extra cash. 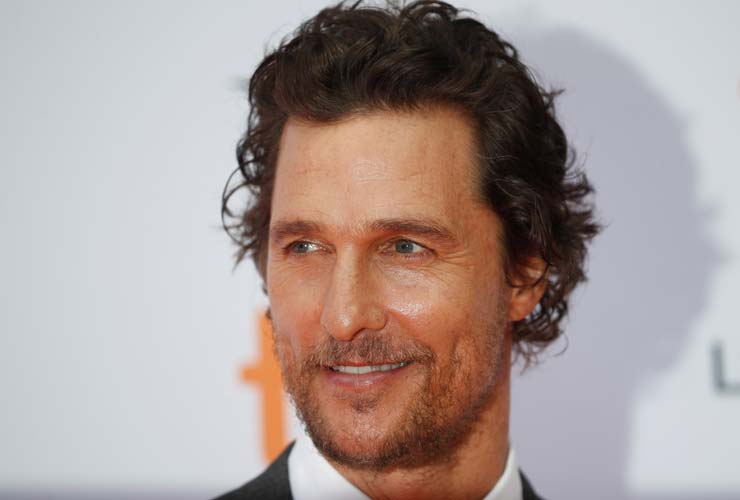 Before he found fame, George Clooney did a few low-paid jobs and got fired from all of them. He once worked at cutting tobacco, sold door-to-door insurance and even worked in a ladies’ shoe shop.

He revealed in an interview: “I had a lot of rotten jobs. I sold insurance door-to-door, but it didn’t work out well. The first day I sold one (policy) and the guy died.” 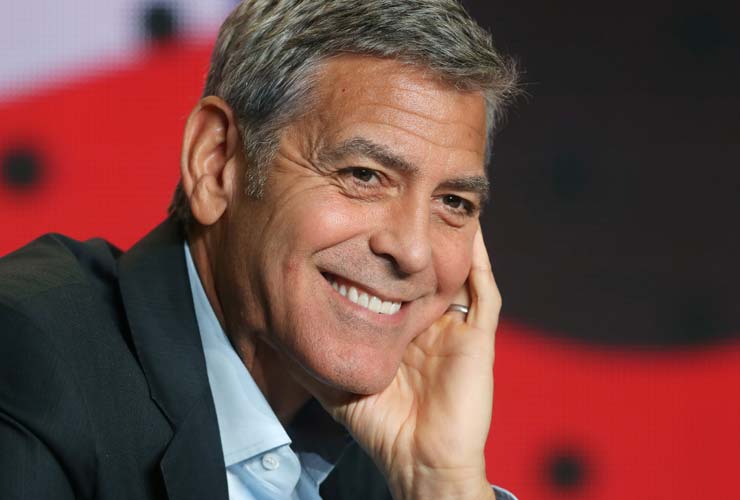 We have never heard of this one before but Bon Jovi was a Christmas decoration maker. Before becoming the world famous rockstar that he is, he used to assemble Christmas decorations and even used to mopp up the floor as a janitor. He obviously wasn’t happy with these jobs and started relentlessly handing out demos until one DJ agreed to start playing the track Runaway. 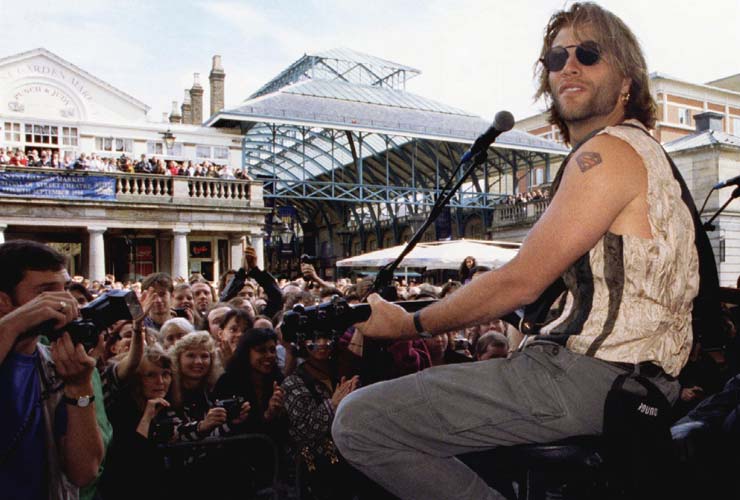 McDreamy, as he is lovingly called by his female fans, was always good with his hands, way before he did a stint as a doctor in ‘Grey’s Anatomy’. The actor was once a professional juggler. In fact, his rare yet excellent juggling skills got him a part on the ABC show ‘Overnight Success’.