Blame it on the maker or the music director, after creating so much buzz, the song Phurrr from ‘Jab Harry Met Sejal’ is finally out. And believe it or not, this song is all that you never asked for.

Well, it begins and not a single moment in the video impresses you. The least you can say is that it’s a lot like a nursery rhyme but not one that we loved or remember. For days we couldn’t keep calm; after all, Shah Rukh Khan was collaborating with popular music producer Diplo and here’s the song we waited for so long. Phurrr, just like its name should Phurrr, so we don’t have to hear it again. The song is said to be based on Anushka Sharma’s character Sejal and we really hope it is nothing like this song or it will leave tons of us disappointed.

Remember the time Akon and SRK collaborated? Boy, even now when Chamak Challo and Criminal is played we can’t help ourselves but groove to the music. The same was expected this time…but it turned out to be a champagne with no fizz. 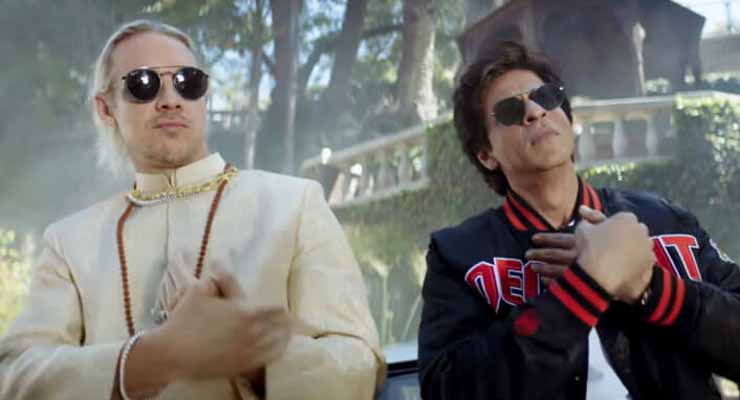 Composed by Pritam, Diplo, and Rocky Wellseteck and sung by Tushar Joshi and Omit Chauhan, this is the biggest disappointment of the year. The only highlight of the song is Diplo striking King Khan’s signature pose.

A look at the video and you will release that it looks like a work where no one cared enough about this huge collaboration. Neither SRK nor Diplo look interested in whatsoever is being done. You have senseless lyrics, bad background score, terrible visuals and weird choreography…this pretty much sums up what we feel after looking at SRK and Diplo together.

Watch it for yourself and let us know what you think!