Penis is life. Life is penis. You’re wanking it almost all the time. And…that’s nothing. Even your girlfriend loves it. Including her mouth. It’s such a lovely thing to nibble on, after all. But most primarily, it’s your f-ing tool. It’s your piece of meat, that should only be shared with a hole. And care to disagree—there’s nothing you don’t like doing with your dong. Staring at it casually, clicking it in portrait mode or humping into pillows, you’ve probably done it all. But ever thought of grazing it with a make-up brush? Doesn’t sound as pleasurable now, does it? Whatever your opinion, using make-up brushes on your penis is actually a thing. AKA ‘penis contouring’, here’s all we know about it… First and foremost, google ‘contouring’ if you don’t know what it means. Its a popular make-up technique, that uses shadows and highlights to define a woman’s face. If you’ve ever stared at your girl putting make-up on for a date, looking like a clown with lines of pancake all over her face, she was probably just contouring. But why should men do the same and that too, on their penis? Honestly, I don’t seem to have a clue. But if YouTube make-up star, Jeffree Star’s recent video is any proof, the man is totally into sculpting his thang. 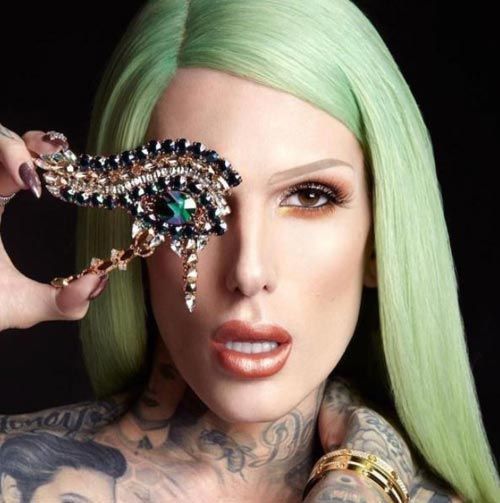 Somewhere half way through the video, Jeffree makes an interesting confession about the term ‘penis contouring’. He admitted, “I contour my shaft a lot.” But his co-star in the video had a valid question coming—do you contour it when it’s hard or flaccid? The answer came quick, “When it’s hard, so that when it goes back down it just looks really like (makes a weird noise)!” Watch the entire video here:

Unfortunately, there’s no validation on the trend. Apart from its mention in a globally recognised make-up star’s video. Which to me, is a big affirmation. But the big question is: is it just another version of the balls-blender bullshit? To make a video go viral for the sake of a larger following? Take my advice and don’t give a f*ck.