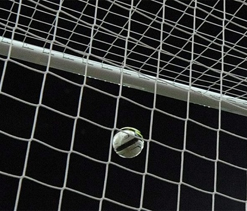 New Delhi: Mohun Bagan`s I-League match against Pailan Arrows, scheduled to be held on Saturday, has been deferred in view of the controversy over the green-and-maroon brigade`s walkout after half time in the derby against East Bengal.

“The decision regarding the status and necessary actions arising under the I-League Regulations regarding the match played on December 9, 2012 between Kingfisher East Bengal and McDowell Mohun Bagan is under consideration. Hence, the scheduled Match No. 72 between McDowell Mohun Bagan and Pailan Arrows to be played on December 15, 2012 stays deferred till further notice,” the AIFF said in a statement today.

The mecca of Indian soccer Kolkata had, on Sunday, made headlines when the marquee clash at the Salt Lake stadium had to be called off after Mohun Bagan refused to play the second half after their key player, Syed Rahim Nabi, sustained facial injuries.

Trailing 0-1 at the break, they cited “security concerns” as the reason for not turning up for the second half.

Under Clause 22 of the AIFF Constitution, the club stands to banned for two years.