The film opens with a line, “History is written by the victors”. It’s enough to intrigue you and you’re now looking forward to what Gurinder Chadha has in store for you. But, you’re going to be a little more than surprised!

In a Delhi mansion, you see Lord Mountbatten (Hugh Bonneville); who has arrived to decide the fate of the country. The last viceroy is seen entering his new house and with him, comes the gift of freedom for India.

In Chadha’s film, the British finally deciding to leave India is actually a benevolent act. After fighting the Germans, they are too exhausted to rule India anymore. Hence, the difficult job of letting go of the country falls into the lap of the last viceroy of India. The nation is on fire, thousands have been killed and hundreds of women have been raped in Punjab and Bengal. And hence Mountbatten decides that dividing India in two is the only solution. But little does he know that he is just a puppet, the strings are in someone else’s hands. He is just doing what he’s told.

The movie revolves around the theory of how Lord Mountbatten wasn’t responsible for the partition but it was actually Winston Churchill who decided our fate.

The whole idea of dividing two countries, one for Hindus and Sikhs and the other for Muslims was done from the perspective of controlling Muhammad Ali Jinnah (Denzel Smith) because dealing with Jawaharlal Nehru  (Tanveer Ghani) could be a difficult task. 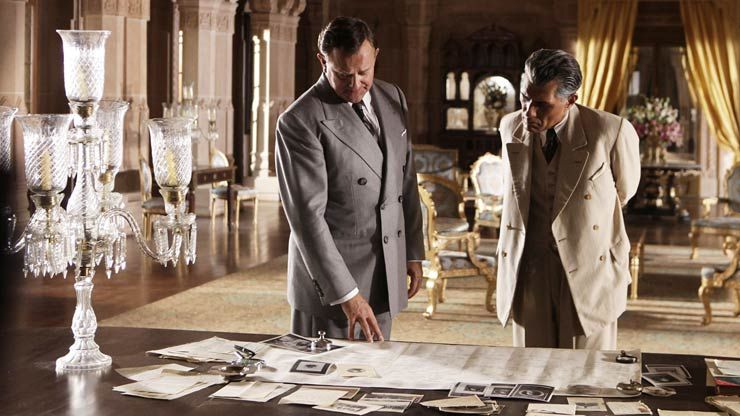 And, the poor Viceroy was clueless, despite being the King’s relative. And when he was introduced to the facts, he felt devastated, guilty and miserable. Somehow, what he did makes him and his wife Lady Edwina Mountbatten (Gillian Anderson) more empathetic in the eyes of the people of India.

You do feel sad for Mountbatten when he tries to raise his voice about being used and Lord Ismay (Michael Gambon) simply states that it might be someone else’s vision but he is the man responsible for India’s division because the entire plan is called, “Mountbatten Plan”. Well, you got to give the director credit for this scene, because it does grip you.

The film also revolves around the people working in the viceroy’s house. You have Jeet Kumar (Manish Dayal) and Aaliya (Huma Qureshi) who love each other but the partition might destroy everything. 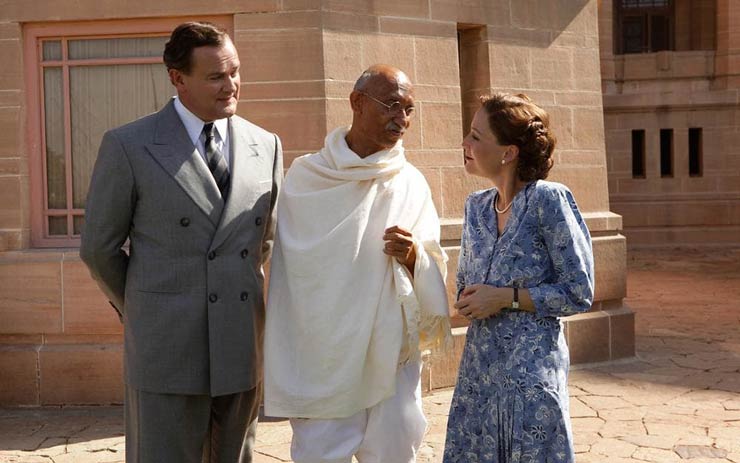 Let’s not forget Mahatma Gandhi (Neeraj Kabi) whose makeup is so terrible that it hurts looking at him. People who feel there might be something about Lady Mountbatten and Nehru’s affair, well, there is literally nothing!

There is no denying that the director’s intentions are genuine, but this 1947 historical drama about the partition is nothing but a fatuous and absurd narrative. You feel that somewhere, it didn’t look like the director’s vision but more of a mouth-piece for the English. 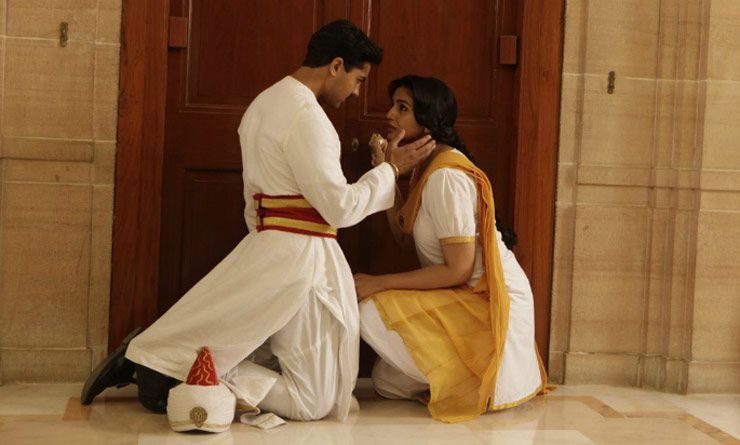 There is nothing in Chadha’s partition that we aren’t aware of. You might feel engulfed at times, looking at how a lot of people suffered but that’s just temporary.

This film’s focus more on the idea to prove that the  Viceroy was not responsible for the tragedy. Which it actually does is misguide the Indian audience as the Hindi dubbed releases with the name, ‘Partition 1947’.

Chadha’s tries to present a dark chapter from Indian history in such a simple and unsubtle manner that it’s too difficult to digest.

Check out the trailer below: