Kit Harington and Rose Leslie are the coolest couple in ‘Game of Thrones’. The sombre Wolf in the North falling for the carefree Wilding girl was a story made in romance heaven. They seemed to complement each other perfectly.

While we were busy shipping Jon Snow and Daenerys, Kit Harington was not so secretly in love with his Wildling girlfriend in the show. And frankly, we love this pair better than Jon and Dany. Rose and Kit announced their engagement in a rather traditional and simple way when they put a notice in the ‘The Times’ newspaper.

“The engagement is announced between Kit, the younger son of David and Deborah Harington of Worcestershire, and Rose, middle daughter of Sebastian and Candy Leslie of Aberdeenshire.” 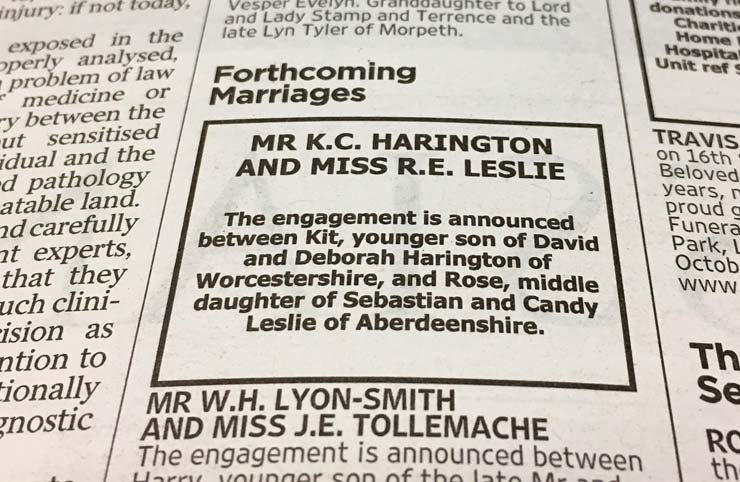 The two had met for the first time on the sets of ‘Game Of Thrones’ in 2012, and hit it off like a house on fire. It is rumoured they started dating soon after, even though they maintained they were ‘nothing but friends’. 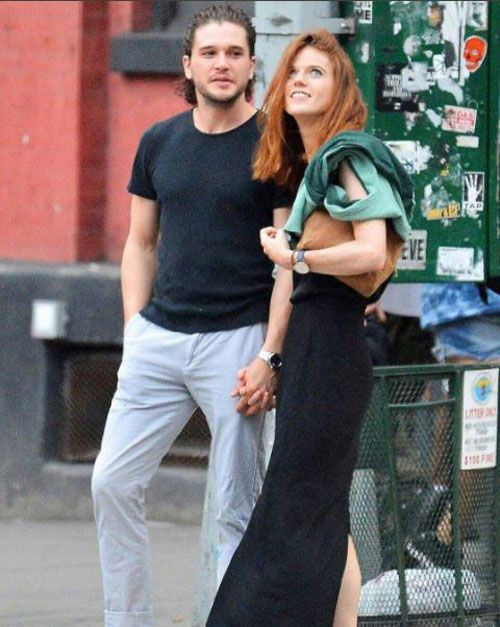 It was only last year that they made their first appearance as a couple when they attended the Olivier Awards as a couple. The cat was out of the bag. Kit Harington, in an interview with  L’Uomo Vogue, said it was easy to fall in love with Leslie. The King in the North was smitten with the carefree Wildling. 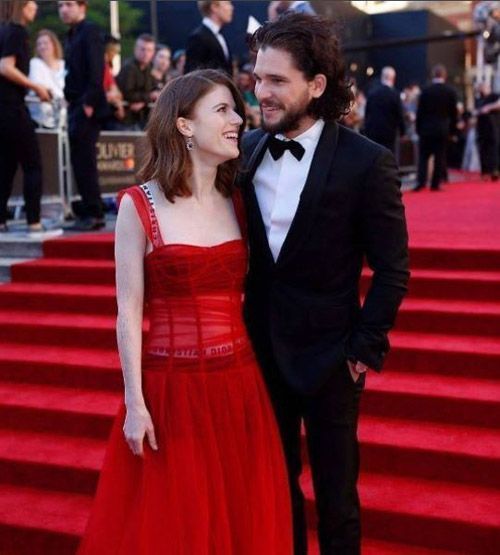 Harington confessed in the Vogue interview that his best memory of the show was the three weeks in Ireland in the second season because “the country is beautiful, because the Northern Lights are magical, and because it was there that I fell in love.” A fairytale love story was blooming in the dark world of ‘Game of Thrones’. 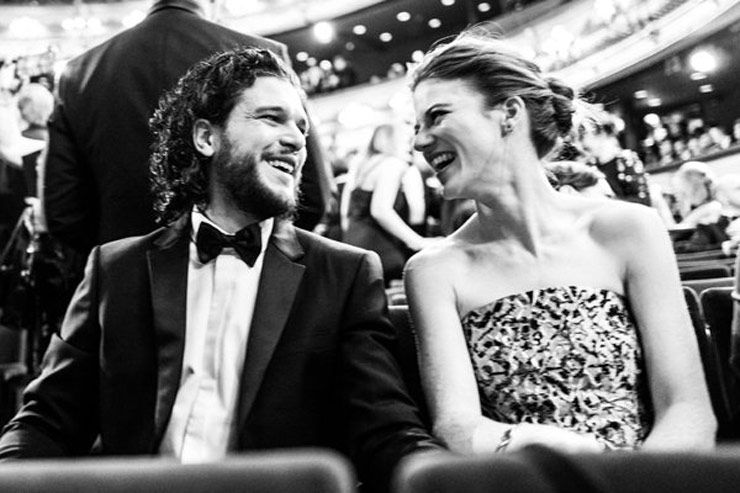 In January this year, they moved in together into their £1.75million mansion in East Anglia. But they were still protective of their privacy. Harington told Esquire, “It’s as much her relationship as it is mine and I can’t speak for both of us. But yeah, we are very, very happy. So that’s what I’ll say about that.”

Kit’s friends have said that he always knew he wanted to marry Rose but he wanted to settle down first. While Kit is still alive in ‘Game of Thrones’ and will be seen in the next and final season, he is also starring in the BBC drama ‘Gunpowder. Rose, meanwhile, is seen in the legal-political drama ‘The Good Fight’. 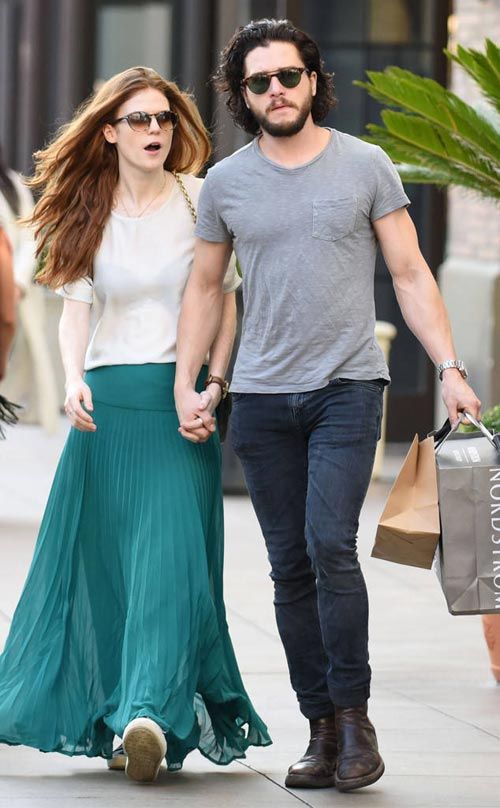 One of the cutest celebrity couples right now, they spell out relationship goals for the millennial – real, unpretentious and crazy in love.

Love is in the air   pic.twitter.com/VA2kO9T83k

We all remember the time when Kit sang for Rose and gave everyone the perfect relationship goals:

The king in the North and our favourite Wildling have our heartiest congratulations and we hope it’s a grand Game-of-Thrones-styled wedding!