What makes a period film or any historic fiction drama a huge success? Storyline, yes! Brilliant acting, maybe! But apart from these it is the costumes, the opulence and grandeur of the sets that make the dramas more mesmerizing. It is this sheer brilliance that kick-starts our imagination and transports us back to that era. ‘Game of Thrones’ is one such show that has captivated our hearts since the day it first premiered. From the battle between Starks and Lannisters, Daenerys’ revenge and her dragon’s wrath to Cersei’s passive and aggressive scheming mind and Jon Snow’s resurrection; every single moment has been an eventful and enthralling one. Talking about Jon Snow, have you ever wondered what it feels like to “know nothing”? Well, we kind of do, thanks to the numerous developments in the show that have left us as clueless as we were while watching the first episode of the first season. Recently, an interesting fact surfaced that has left us shell-shocked. Did you know that our beloved show ‘Game of Thrones’ had an Indian and in particular connection with Delhi? We are not talking about any Indian-origin cast or crew member; we are actually talking about the lavish costumes and sets of the show. Surprisingly, their clothes, tents and fabrics and manufactured in Lajpat Nagar. Surprised? Well, you can take a minute to let this settle in your mind. 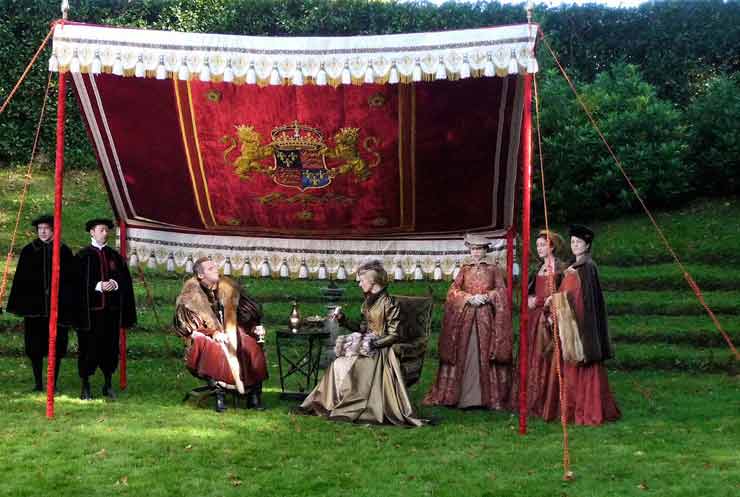 There is a company called Rangrasons, who have been supplying military ceremonial uniforms, fabrics, embroidery, furniture, architectural pieces, and accessories to the show. Found in 1945, this company has supplied fabric and costumes to various popular shows and movies and their contribution can date back to 1982, when they made costumes for ‘Gandhi’. Their other projects include ‘Captain America’, ‘Gladiator’, ‘Kingdom of Heaven’, ‘Wrath of the Titans’, and ‘Price of Persia’ among others.

Wow, the world sure is small and we can probably now boast about playing a crucial role in the success of ‘Game of Thrones.’ Further, can you imagine that every woman’s favourite shopping destination, is actually a preferred choice of ‘Game of Thrones’ makers too!

Meanwhile this is how we are feeling right now.