Christian Bale is back and like a good penny this time with his new western release, ‘Hostiles’, which just came out on the 2nd of this month. ‘Hostiles’, a sorrowful and action packed Western is set amidst beauty, revenge and tears. The film highlights the Native American resistance in the 1890’s. This Scott Cooper drama resolves around a respectful army general (Christian Bale) who is tasked with escorting a Native American chief across hostile territory, post his civil war years. Rosamund Pike who plays Rosalee Quaid is settler who loses her family to Comanche renegades. They murder her husband and shoot her daughters and her infant son and the movie grows from there when Rosalee carries her lifeless children in her arms for days. That’s the grim and gripping reality of Cooper’s underpinnings of the Western genre. The characters fall through beautifully and connect on increasingly bold strokes of compassion and resentment all put together. The group of men along with Bale, escorting the American Native chief, finally come to where Pike’s house was burned down and find her tightly clutching the dead bodies of her children. That’s when Bale makes an executive decision to escort the helpless, shivering woman to safety.

The film eventually revolves around the group facing many challenges as they walk together in the wild-wild west, one of them being the engaging masculinity all the male characters display, where the men have to be men with heaving deep voices, silent eyes and wounded hearts.

The director however has tried to romanticise violence through a lot of blood and gore. The characters are shot, gutted and hanged at every given scene and they aren’t really given a chance to put up a good fight, throughout. Although, each character has a well defined role and the selection of actors for the film is justified, the film too beautiful unfolds along the Western land of opportunities and bad fate, presumably. The film beautifully introduces Bale’s character as a staunch patriot, who has nothing left to show for his patriotism from the past, except a bitter view of prevalent human condition in which mindlessly killing one another is the way of life. 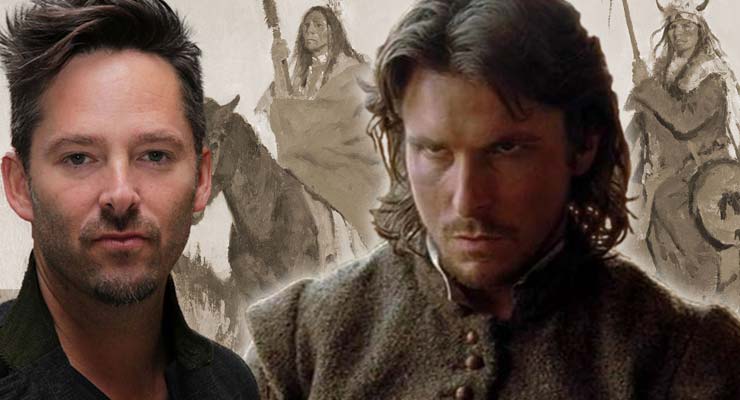 The film is more suited for Western movie connoisseurs than for younger audiences as its more contemplative and serious and not really something that’ll keep you at the edge of your 400 rupee seat. Watch it for the thrill of the long lost west, in any case.

Check out the awesome trailer below: