Disclaimer: There are some Earth shaking spoilers ahead and it’s too bad if you haven’t seen the latest episode yet.

Ever since season 7 of ‘Game of Thrones’ premiered, the show has been throwing some fiery curveballs at us right from the first episode. From Ed Sheeran’s cameo, Arya Stark and Nymeria’s epic reunion to the ‘Loot Train Attack’ spearheaded by Daenerys and her dragon, every episode leaves us GOT fans craving for more. While we all were recuperating from the fire and blood spewed in the last episode, where Daenerys’ dragon and the Dothraki erased Jamie Lannister’s forces; the makers threw us in another pool of interesting plot twists and this time it was a f**king huge deal. In the last episode we saw Jamie sinking in the waters after Bronn pushed him away to protect him from the wrath of the dragon. It wasn’t just Jamie but our hopes too that were sinking as confusion took over our minds compelling us to think about what will happen to his character now. But, the air was cleared when we saw Bronn swimming while carrying Jamie’s weight. The latest episode ‘Eastwatch’ is definitely one of the most intriguing episodes so far and one of the reasons is Gendry. We can’t hold ourselves anymore – Gendry is back and his entry will definitely create a lot of stir in this game of thrones. 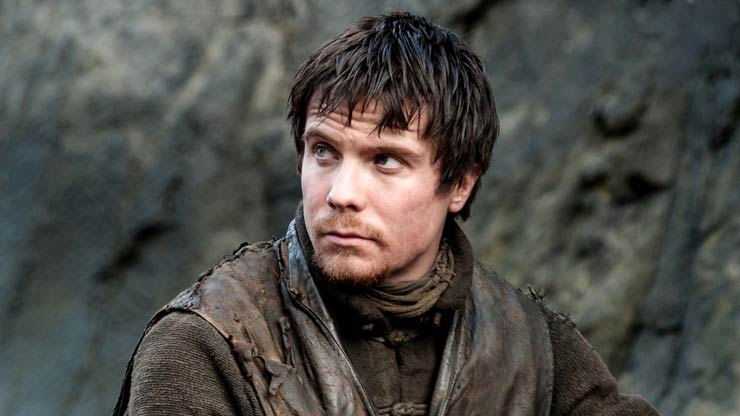 Another interesting moment was when Gilly almost revealed one of the most crucial fan theories so far, but was interrupted by Sam Tarly. The theory is about how Rhaegar Targaryen might have secretly married “someone”, after annulling his marriage. Wait! Does that make Jon a legit Targaryen then? Woah, now that’s a big revelation and we are sure most of you would already know who this ‘someone’ might be. Also just in case you missed out on the movie ‘Suicide Squad’, don’t worry Game of Thrones just got one with Jon, Gendry, Jorah, Tormund and Hound.

Well, clearly this moment has left Twitter rolling its eyes in utter shock and their reactions collectively echo our feelings right now.

Jon: “With respect your grace, I don’t need your permission. I am a king.”
She can kiss that “The Unburnt” title goodbye. #GameOfThrones

When Gilly stumbles upon the biggest secret in Westeros but Sam isn’t paying attention #GameOfThrones pic.twitter.com/dBFgRoiU4V

Hands down this scene will go down as one of my favorites from #GameofThrones Bless whoever was involved, speechless yet beautiful. pic.twitter.com/tmIJGhWAix

Davos: Don’t tell anyone who you are.

Gendry: Hi I’m Robert Baratheon’s son & we are going to be BFFs. #GameOfThrones

Gilly gave Sam the key to the whole game and he didn’t even see the mathematics. SMH. #DemThrones

Drogon smelling that Targaryen blood in Jon like #GameOfThrones pic.twitter.com/MEom81FrnR

I just really needed the Jurassic Park theme to be playing during this scene. #GameOfThrones pic.twitter.com/dC6KbHAslh

If Cersei had dragons literally everyone would be dead except her by now.

Poor Jorah is like “finally dany will be mine” then jon snow & gendry walk up the beach like #gameofthrones pic.twitter.com/DfJRQDpbjV

#GameofThrones
Me, when Gilly reads that Rhaegar and *someone* (Lyanna) were secretly married which means Jon is a legitimate Targaryen: pic.twitter.com/QVwgozGXOh

Daenerys saying “bend the knee” could be a drinking game #GameOfThones