2017 has not been very kind to Bollywood so far, as several films have crashed and burned at the box office while some are struggling to stay afloat.

From Shah Rukh Khan to Salman Khan, no one seemed to be able to weave their regular magic on the viewers this year.

However, 2017 has witnessed the soaring rise of small films where new stars have done wonders, while movies with Khans just tanked.

We are a country where we plan our weekends around movies. A three-hour film is the best way to unwind and can have a therapeutic effect. But this year, many an irate audience left the halls fuming after spending money on disappointing shows.

Nevertheless, the show must go on, and there is still a bevy of promising films lined up that might make up for the earlier upsets.

‘Picture abhi baaki hai mere dost’ and here are nine movies to watch out for: Set to hit the screens within few days, this film doesn’t need any introduction. ‘Queen’ Kangana Ranaut will be seen in a new Gujarati avatar and we bet she will nail this character as well.

Simran is the story about a woman who lives in USA. She is a gambler and a kleptomaniac, who believes in living her life to the fullest.

Helmed by Hansal Mehta, who has made films like Aligarh and Shahid, we are expecting a lot from this one too. 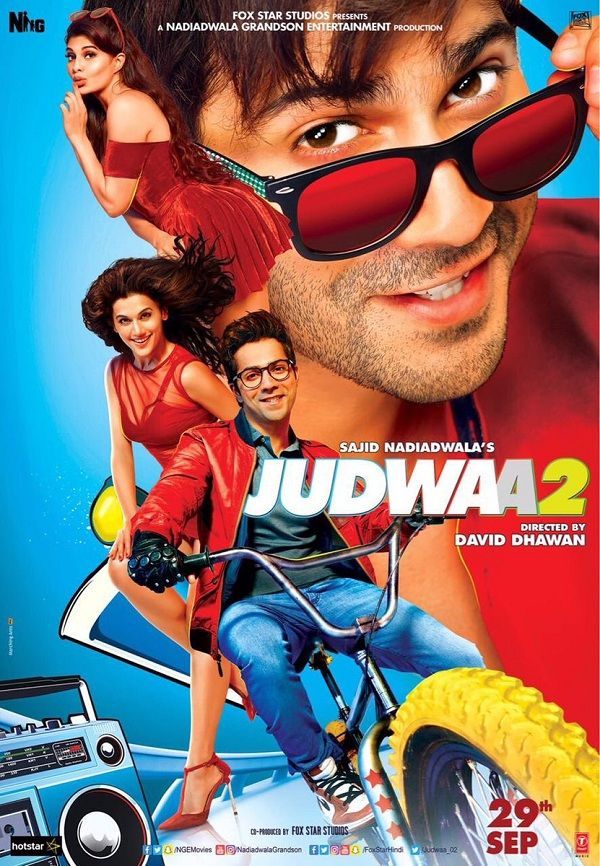 There is literally no one that we know of, who isn’t looking forward to watching this film. The ‘1997 Judwaa’ still makes us laugh. From leaving us in splits to making us groove to ‘TannTana Tan Tan Tan Tara’, Salman and Karisma left us stunned. And the cherry on top was seeing bhaijaan in a double role. Let’s hope the remake doesn’t ruin the classic.

Judwaa 2 stars Varun Dhawan, Tapsee Pannu and Jacqueline Fernandez, and is being directed by none other than David Dhawan who also directed the original. 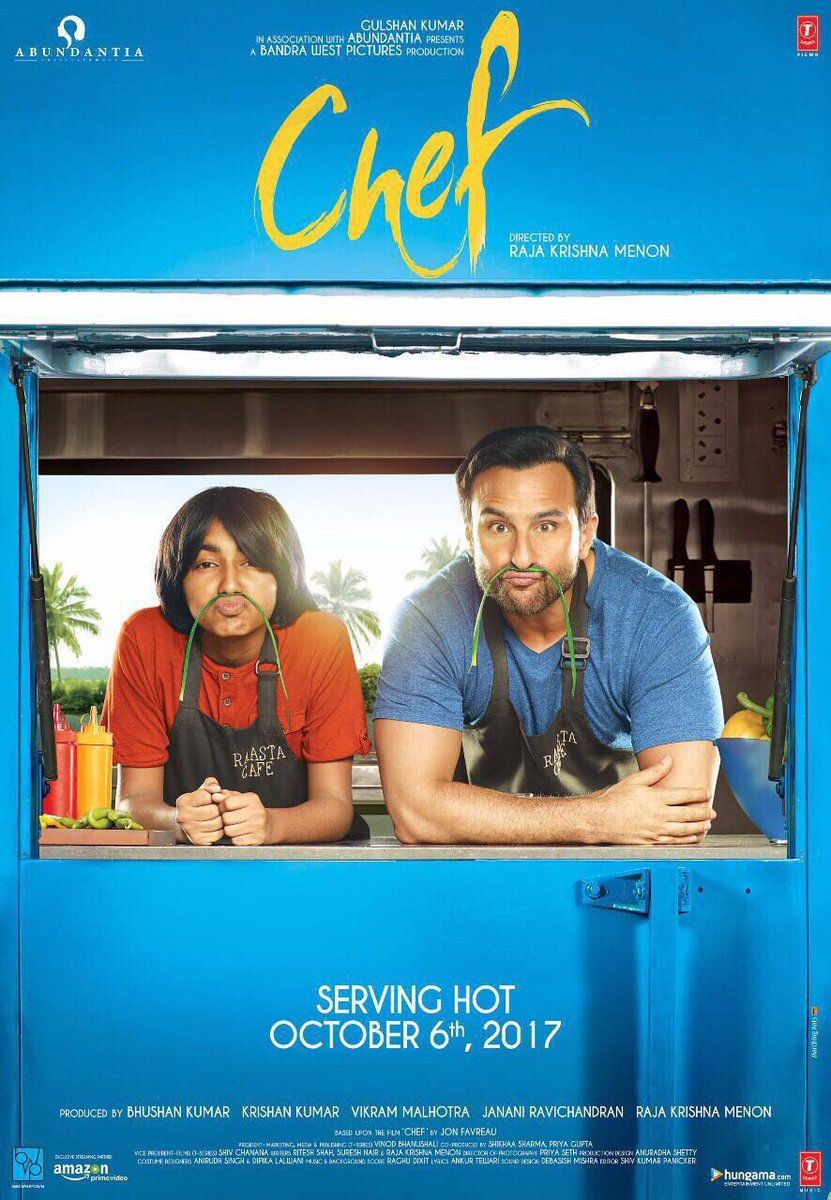 After a long time, we will finally get to see nawab Saif Ali Khan gracing his fans on the silver screen. This time he is all set to impress us with the official remake of Jon Favreau’s ‘Chef’. The movie beautifully narrates the story of a man who is trying to balance both his personal and professional life, a tale that many of us can relate to. The film looks promising and we can’t wait to watch this father-son saga. 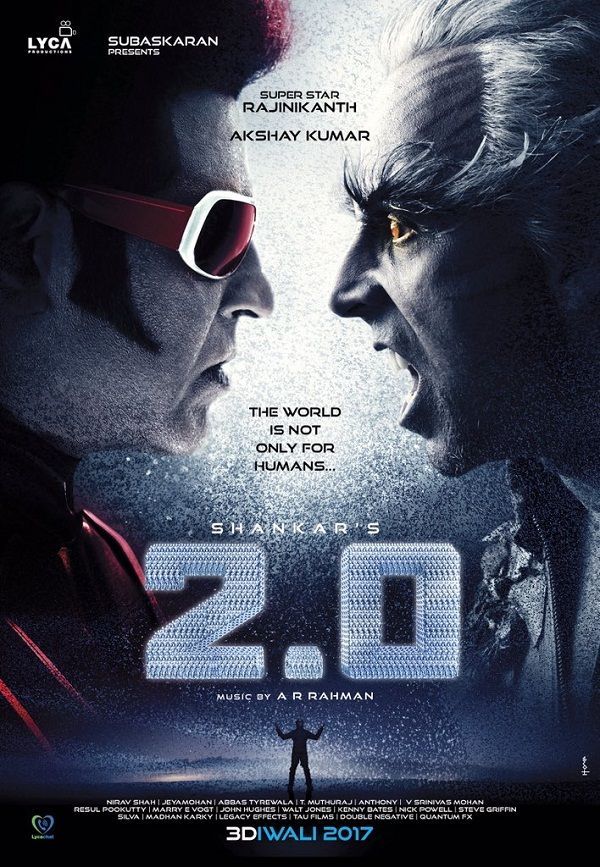 This is one of the most awaited movies of the year, after all, we get to see Akshay Kumar and legend Rajinikanth sharing screen space together. The sequel to 2010’s blockbuster film ‘Enthiran’, this film has already made tons of money before its release itself. Directed by S.Shankar, we will see Rajinikanth reprising his original role, while Akki will be seen donning a negative character. The film is already being called as the most expensive Indian film made till date! 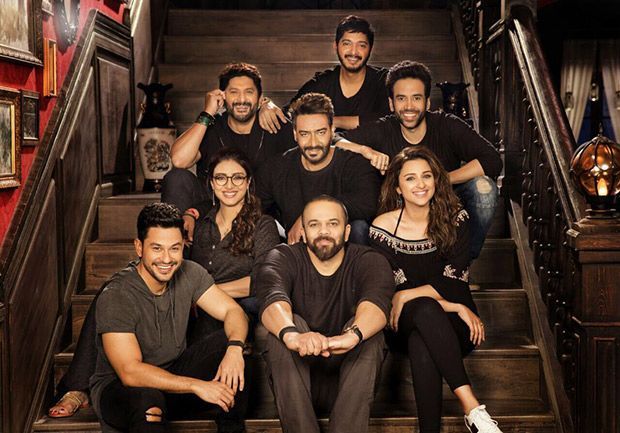 This is the fourth film from the Golmaal franchise. Every instalment has not only entertained us but managed to make good bucks at the box office as well. This time joining the Golmaal family are Tabu and Parineeti Chopra alongside Ajay Devgn, Arshad Warsi, Tusshar Kapoor, Kunal Khemu and Shreyas Talpade. This Rohit Shetty film will also recreate famous song ‘Neend Churai Meri’ from the cult film ‘Ishq’. 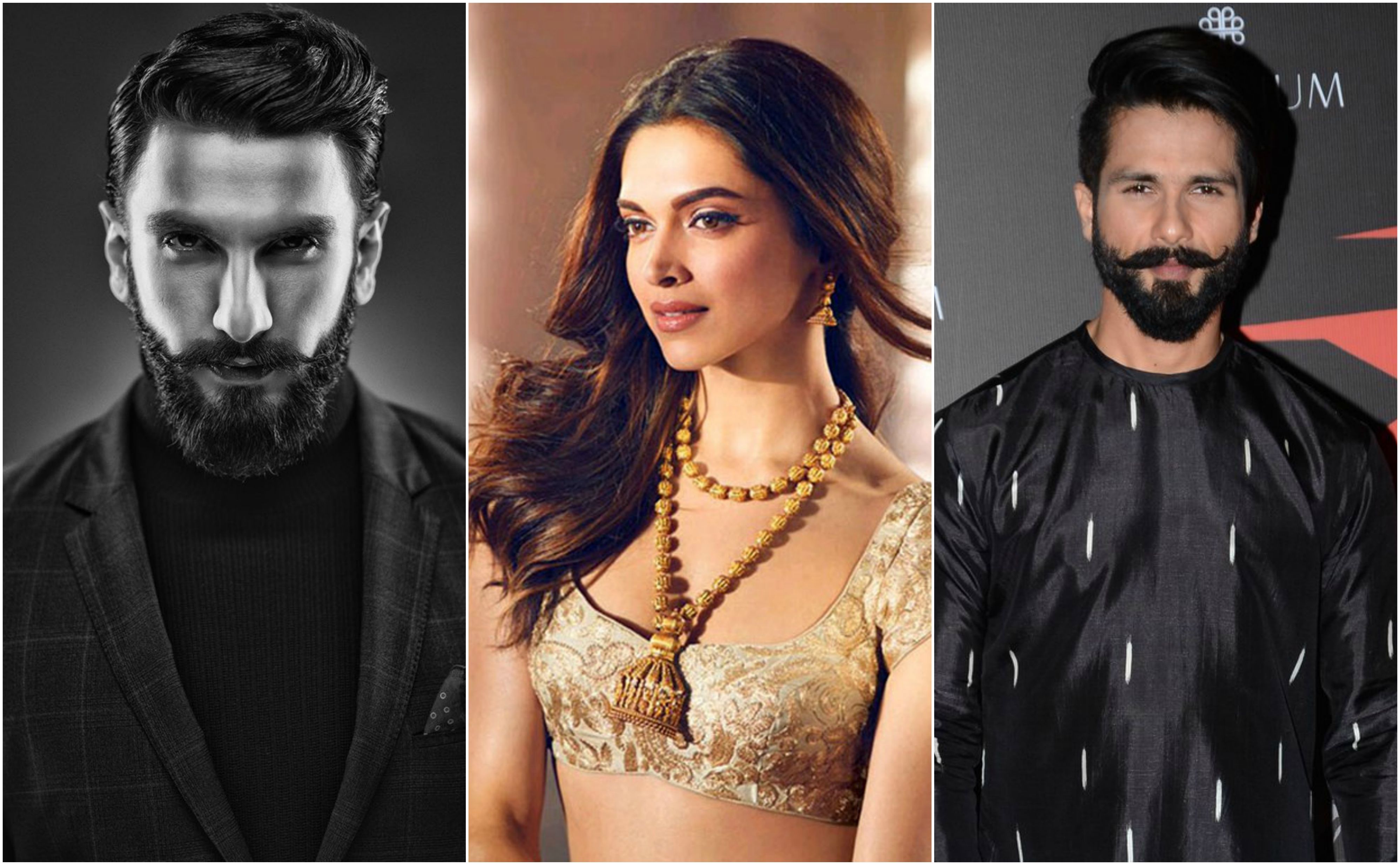 Everyone knows that filmmaker Sanjay Leela Bhansali’s movies are larger than life. It’s not only entertaining, but what he brings on the screen is an experience that we cherish. And now he is busy bringing the story of Padmavati to life, which is based on Rani Padmini, RanavRawal Ratan Singh, and Alauddin Khilji.

This magnum opus stars Deepika Padukone, Ranveer Singh, Shahid Kapoor and Deepika Padukone. Before release, the film is already in news like all the other Bhansali films and we can’t wait for its first look to be out. 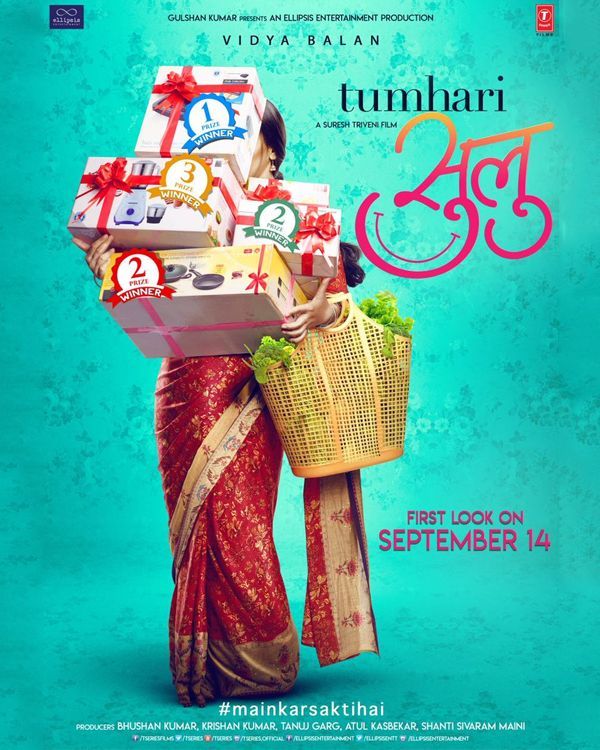 Vidya Balan is a powerhouse actor, who often moves us with her acting, However, lately her films haven’t been doing well, but we still have high hopes for her second release this year.

Directed by Suresh Triveni, Vidya will be seen as a late-night RJ in the film. 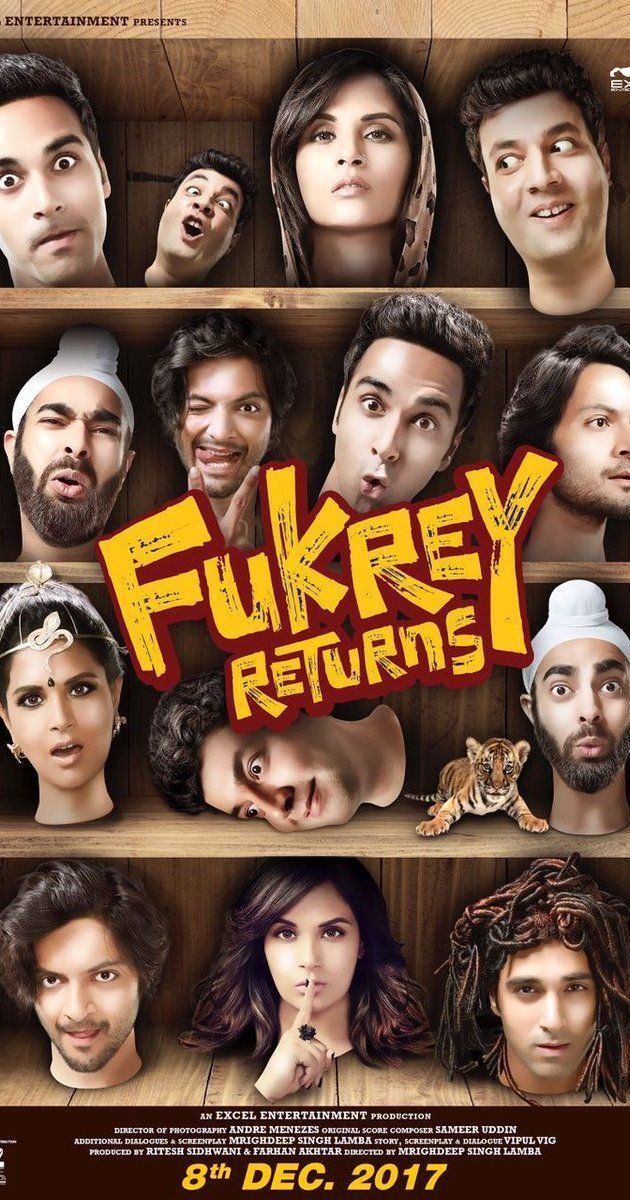 ‘Fukrey’; is an example of one of the funniest films out there and the ‘jugaadu’ boys are. The second instalment looks more interesting and funnier than the first movie as the teaser states, “Ummeed pe nahi, jugaad pe duniya kayam hai.” It’s time to gear up for ‘Bholi Punjaban’ and ‘Choocha’s’ craziness. 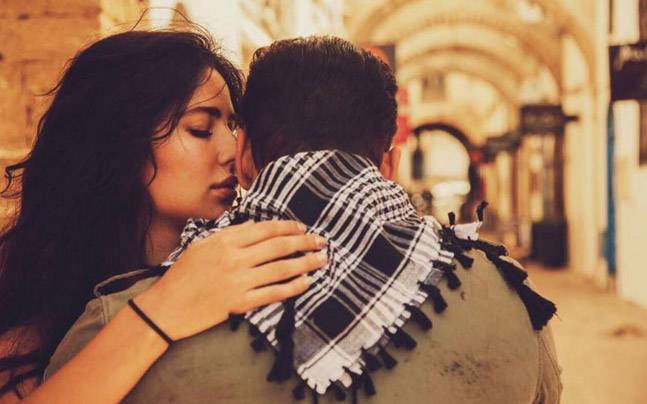 Irrespective of the past Salman Khan and Katrina Kaif are known to set the screen on fire with their amazing chemistry. The movie has a long way to go before its release, but it has already begun making rounds on. Directed by Ali Abbas Zafar, the film is  a sequel to 2012’s super hit film, ‘Ek Tha Tiger’.