Last night, just as I was about to close my eyes, they opened wider than ever before; courtesy of the latest Game of Thrones trailer that is going to give us sleepless nights and restless days till 16th July 2017.

The trailer starts with Sansa walking and the voice of Petyr Baelish, saying, “Don’t fight in the north, or the south. Fight every battle everywhere. Always… in your mind.” And you noticed that Sansa is walking away from something, or someone and fighting the urge to turn around, just for one last look, or to save someone…? Then, there’s the background score. Who remembers the Season 6 finale, Light Of The Seven? I’ll jog your memory.

To say the least, the latest ‘Game of Thrones’ Season 7 trailer gives you goosebumps—the visuals, the characters, the scenarios that have been shown and through it all, the background score that never failed to raise our sense of alarm the last time we watched it. It only means one thing; that Game of Thrones Season 7 is, in a lot of ways, doom and it might be so for more than one characters. But, aside from all the speculation and theories we can’t wait to see proven true, or dispelled, what we can know for sure after watching the trailer is what follows.

1. The Identity Of Jon Snow We know that Jon really is a Targaryen. In the coming season, we will see how his true identity is revealed to him. If indeed Jon Snow is Jaehaerys III Targaryen like we presume he is, then, it’s going to get a lot more interesting to see how he takes his battle forward from thereon.

2. Who Really Is Azor Ahai Reborn 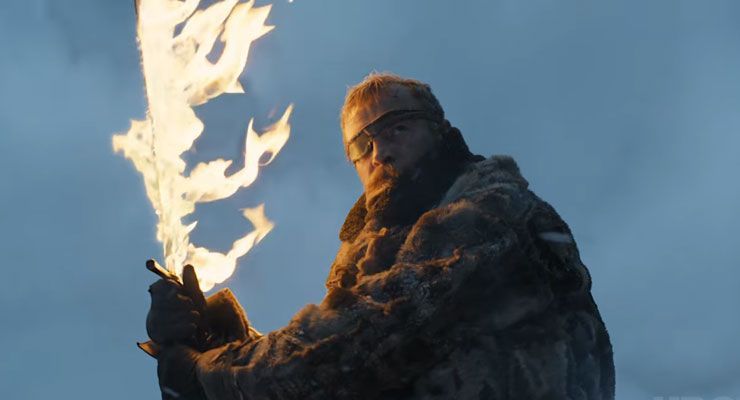 Is it really Jon Snow? Is it Ser Davos? Or is it Berrick Dondarion? According to the prophesy of Azor Ahai, When the red star bleeds and the darkness gathers, Azor Ahai shall be born again amidst smoke and salt to wake dragons out of stone,” Melisandre says. “In the ancient books it’s written that a warrior will draw a burning sword from the fire, and that sword shall be Lightbringer.” And in one of the stills in the latest trailer, we see Dendarion holding a sword that lights up. Then again, are Azor Ahai and the Prince That Was Promised one and the same? We cannot wait to find out.

3. The Fate Of Petyr Baelish 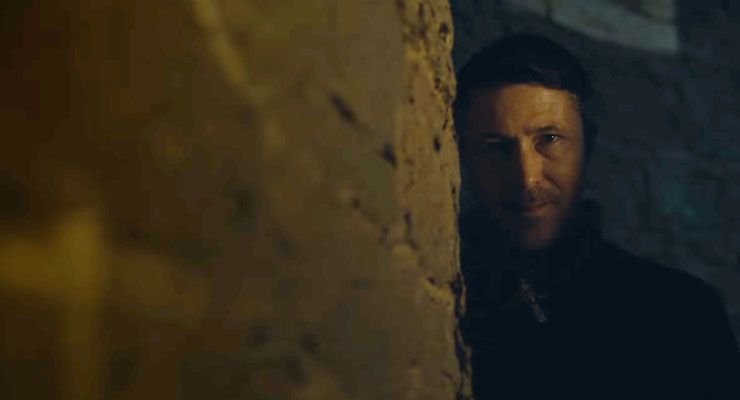 I’ll say what everyone’s thinking; especially you’ve watched the latest trailer. This might be Little Finger’s last season on Game of Thrones. Let’s face it, we’ve been speculating it for the longest time and from what we remember of the last trailer, we agreed that he is going to have a particularly difficult time this season. And then, when you watch the intro of the latest trailer, Baelish’s voice and words sound like a grim. It’s as if it’s the end and it fits, with Sansa walking away with what could be foreseen as his last words to her… Is it me or are we starting to feel really bad about Petyr?

4. An Attack On Westeros 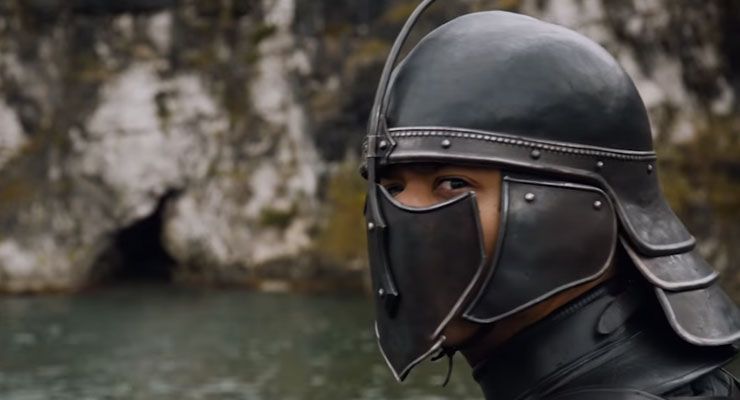 We see Dany’s ships sailing to Westeros; we see Jaime Lannister clad in what looks like an armour suit. We see Dany’s dragons raising hell and we see Greyworm giving what look like a nod of consent to attack. In the previous trailer, we did see soldiers break in to Casterly Rock. This could be the battle we’ve all been waiting for… well, one of the battles. 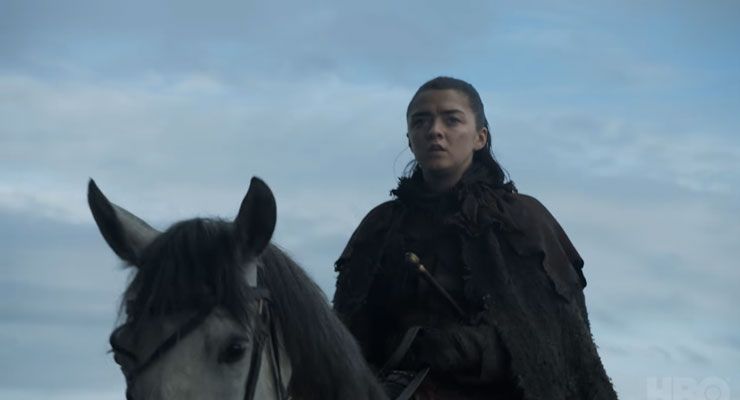 We have been waiting for this one for so long it almost seems like a myth now. But, this might just be the season when the Starks finally reunite as one and that’s what we’re all hoping for. We’ve seen Arya clad in leather and fur; we’ve seen Bran in what looks like Winterfell, warging. This might just be the big reunion we’ve been waiting for; even if it is a short-lived one, given that we see Snow out in the cold, leading wildlings and fighting white walkers. Nevertheless, we’re waiting desperately for this reunion.

6. The Union Of Euron & Cersei 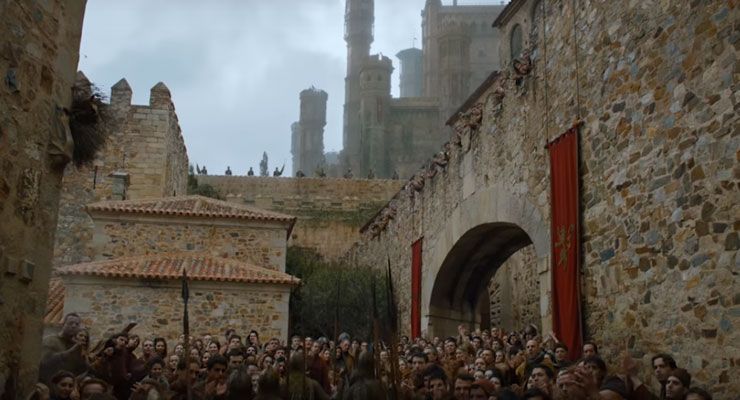 We all know and see this coming, just like we see impending doom now that winter is almost here. Given that the Lannisters at Casterly Rock are terribly outnumbered at the moment with enemies approaching from all sides, Cersei might just agree to a matrimonial alliance with Euron Greyjoy who is just waiting to plot his own scheme of being seated on the Iron Throne, himself. In fact, the rejoicing procession we see at Casterly Rock during the initial minutes of the latest trailer could signify a marriage celebration… and it could very well be Cersei and Euron. I’m just saying. The question is about when it happens, what happens to Cersei and Jaime? 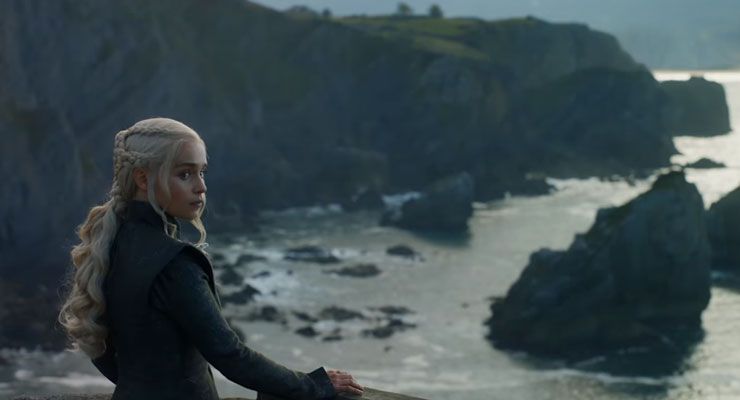 This is definitely happening this season; we know that for certain. However, we don’t know if it’s going to be the “romance” that all Jon and Dany fans are hoping for. In the trailer, Jon’s voice is heard saying, “For centuries our families fought together against their common enemy. Despite their differences. Together. We need to do the same if we’re gonna survive. Cause the enemy is real. It’s always been real.” If we go according to theory, Snow could very well be talking about how, under the earlier Targaryen rule, the kingdoms of the Starks fought together with the Targaryens, despite differences. If this is so, then, he’s definitely talking to Dany. Or, he could also be referring to differences between the kingdoms in the North and how, the lords and ladies need to put that aside and fight together.

8. The Significance Of Sansa Stark 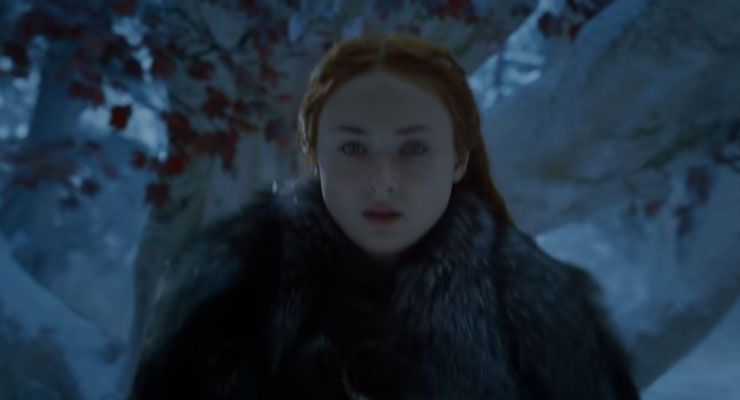 Sansa Stark is an important person. Learn this well. Season 6 saw Sansa emerge as one of the most crucial players by the end of the season. She has been through hell and through it all, she has arrived at Winterfell and helped Jon Snow claim his seat as King in The North. The opening of the latest trailer sees Sansa making quite an impression—grave or otherwise—on us all. And then, as the trailer draws to a close, you hear her voice again, eerily serious this time, saying, “When the snows fall and the white winds blow, the lone wolf dies but the pack survives.” These are the words of her dead father, Ned Stark from the first season when he tells Arya to hate her enemies, instead of her sister. It could be an ode to her father’s words. Or, it could mean something more sinister, like impending doom for the lone wolf—Jon Snow, or is it Arya Stark? It’s going to be an important role for her and how she shapes Winterfell.

9. There’s Probably Only One Romance To Look Forward To

While ‘Game of Thrones’ was never really big on romance anyway, the series managed to give us glimpses of love, in some of the most twisted ways—Jaime and Cersei take the cake with this one, of course… or was it Ramsay Bolton and Myranda? The verdict’s out on that one. However, we can root for the one glimmer of hopeful romance that we’ve all been waiting to materialize—Greyworm and Missandei. It’s about time, anyway. The stills from both the first and the latest trailers give us some show of intimacy between the two. Question here is this: Is it because Greyworm is about to go to battle and well, might die?

10. The Coming Of Winter 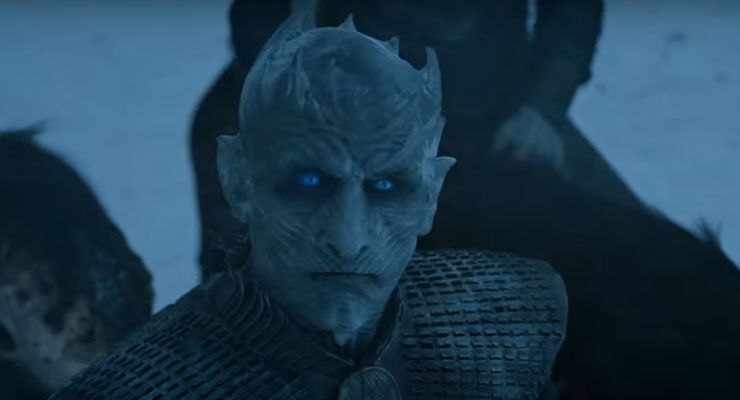 It’s definitely coming in full force. The writers did mention that season 7 was going to be a whole lot more fast-paced than previous seasons which means, things are going to get escalated quicker than we can imagine. The Night King is definitely headed south and you can see that the winter has got the north well under its grip. It’s only a matter of time… or in this case, an episode.