“Hope is a good thing, maybe the best of things, and no good thing ever dies”

Almost 23 years ago, a film titled ‘The Shawshank Redemption’ hit theatres throughout the world just to become the highest rated film ever by viewers on IMDb, years later. The film outperformed some of the best films of all time including ‘The Godfather’, ‘The Dark Knight’, ’12 Angry Men’ and ‘Schindler’s List’. It was almost after two decades when people understood a simple fact behind the film’s immense popularity – they somewhere identified their own selves in the film’s screenplay. ‘The Shawshank Redemption’ became the most cited example to make others believe that “faith can move mountains”.

A period-prison film became a worldwide phenomenon. The impact of the film didn’t even spare Nobel Prize winner Nelson Mandela who absolutely loved the film. On the other hand, when the script was presented to actor Morgan Freeman, he called it one of the best scripts of all time. Little did he know by then, that his heavy narrative in the film, would become his identity for the rest of his life. Morgan’s very characteristic voice made him one of the greatest voice-over artists in the world. Wherever he goes till date, people ask him to narrate a few famous dialogues from the film. Under Frank Darabont’s direction, the film bagged seven Academy Award nominations which are till date the highest for any Stephen King film adaptation. Some of the nominations were in the categories – Best Picture, Best Actor (Morgan Freeman) and Best Adapted Screenplay.

However, most of the awards were swept by the other two high rated nominees – ‘Pulp Fiction’ and ‘Forrest Gump’. No doubt these two films have garnered undisputable viewership over the years and are also critically acclaimed, The Shawshank Redemption’s legacy stands resolute and larger than life. The most positive reviews about the film are on the basis of a wider display of existentialism when compared to any other movie in the history of cinema.

Is that all about Andy Dufresne who was life sentenced in Shawshank State Penitentiary for the murder of his wife and her lover, a character who keeps proving his innocence by doing everything good inside the prison? Or may be about Andy becoming friends with Ellis Boyd “Red” Redding, and later reuniting after the former manages to escape from the hell, finding himself to be able to live a life he always wanted? Is the film all about the state-of-the-art narrative by Morgan, equipped with meaningful dialogues, followed by a brilliant direction? What made ‘The Shawshank Redemption’ great? 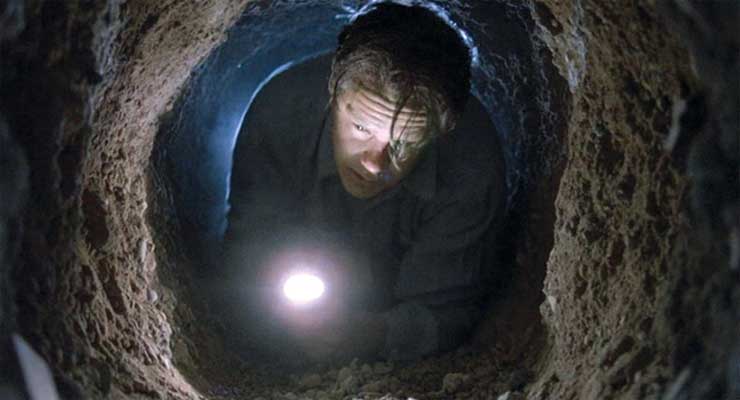 The movie has been set during 1947, the time following the end of World War II. During this era, the idea of existentialism came into its origin which insisted on the fact that each individual—not society or religion—is solely responsible for giving meaning to life and living it passionately and sincerely, or authentically. ‘The Shawshank Redemption’ not only succeeds in sharing the belief that the virtue of freedom is the basic human need but also emphasized on the biggest power we humans are born with – the power of hope.