“You need to find a way to make her listen.”

Varys is urging Tyrion who seems anxious over Daenerys’ actions, which has seemed to cause a stir with angst in Peter Dinklage’s character. Here is the trailer of the forthcoming episode of Game of Thrones, which has been released after a dramatic screening of the fourth episode, not only because it was seen by thousands of people much before its actual time; but also because of the battle which blew our minds away. The trailer in which Daenerys appears to be stuck on the same phrase “Bend the Knee” and can be seen layering it down upon the defeated soldiers and lords giving them final option whether to, “join me, or refuse and, die” in her own words. No qualms about the fact that she’s getting power hungry and brutal as the season is approaching to an end. Meanwhile, Cersei is promising Master Qyburn over-confidently that she will defeat “whosoever stands in our way”. Bran’s visions, on the other hand, are becoming stronger and clearer than ever before. Jon is seemingly apprising the court of Dragonstone, “Bran saw the army of Night King marching towards Eastwatch”. Next week’s installment should be as ferocious as ‘The spoils of war’ which startled us to the core of our existence. 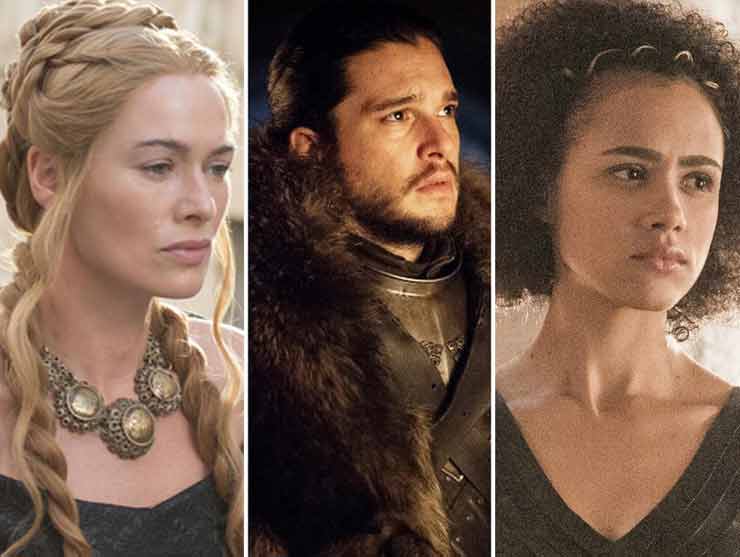 And, for all those who are wondering if Jaime dies in this week’s episode or not, we have the answer for you. He doesn’t. As reported through the leaked script, it confirms not only Jaime’s survival, but also that it was Bronn who saved him and not Dickon as many wondered. Excerpt from the leaked part of the scripts reads –

‘Just before Drogon strikes, Bronn dives in from the side, and tackles Jaime off his horse and over the side of the bridge. They tumble into the Blackwater Rush as Drogon fries both their horses. The rapids rush Jaime and Bronn away from the bridge and battle, Bronn holding them underwater. Above them the water’s surface boils and steams under dragonflame. Drogon does not like missing meals. Drowned men float alongside them. Jaime looks down and sees an even sadder sight: living soldiers trapped on the riverbottom, their armor too heavy to swim. Their eyes look up at Jaime, beseeching him for a help he can’t give, as they drown.’

We are as much in anticipation as to what will happen, if the excerpt is anywhere to be true. However, the 4th episode was stellar and so badass that it made a lot of us watch the entire battle more than just one time. We can only hope for the upcoming episode to be as brutal! Till that time, treat yourself with the trailer & comment below the theories you can come up with!