You unbox the cover, slide the disc out, give it a light blow and slip it into the console. Ask any gamer why they do that, and they’ll tell you it’s not just a process, it’s a lifestyle! The thrill of being able to control a character and live in an alternate universe is an experience that gives you a totally different type of high. Hitting the ‘X’ on the controller to move someone around, smashing ‘R2 and circle’ to enable a special move might sound silly, but in its own special way, the feeling is very empowering. So, is there anything more exciting than this for gamers? Well, maybe just one… when they see their games come to life on the big screen!

‘Assassin’s Creed: Origins’ and ‘Hitman’ are a couple of such examples. It’s a fascinating to see how franchises that gave us such slick, action-packed game play also gave us equally impressive big screen performances. When a game is finally optioned to be turned into a film, gamers are given a chance to have an outsider’s perspective of a storyline that very few outside the world of games know of. So, without further ado, here’s a look at 6 of the best movies that originated from a gaming franchise and went from one world of fantasy to another: When ‘Hitman’ stormed the gaming market with its storyline and game-play, it was no surprise that this franchise was given a cinematic rendition in 2007. Based on the story of an ‘assassin for hire’ known as Agent 47, ‘Hitman’ captured the imagination of not just gamers but even the average audience who had the appetite for a slick thriller. With the movie taking key elements from the game and combining it with a plot of an agent on the run, ‘Hitman’ managed to stay true to the original franchise and find a way to innovatively bring to the game to life on the big screen. 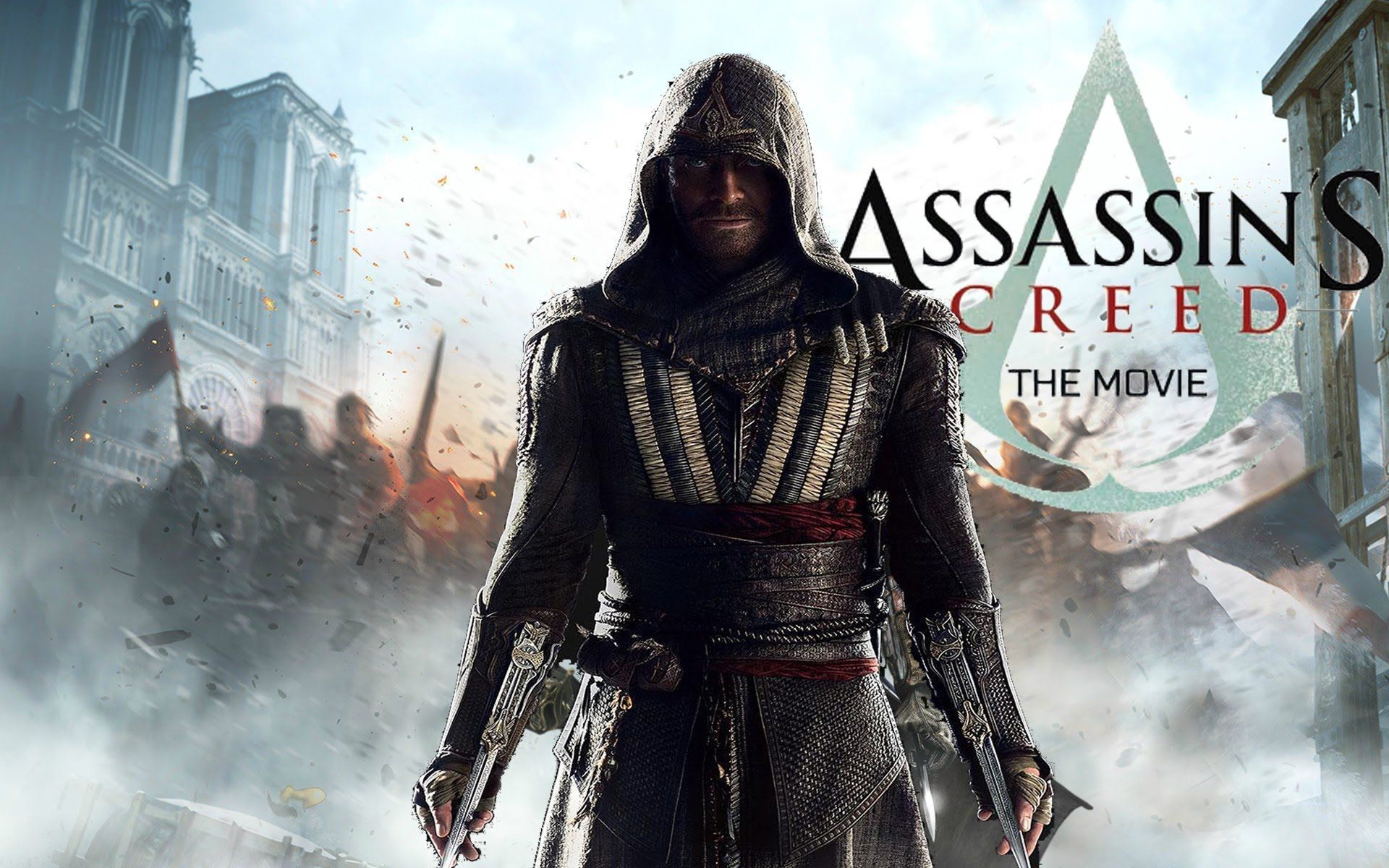 Well, this is one of those games that need no introduction. After crossing 100 million units sold globally, the developers decided to treat their fans with its very own movie. In 2016 Ubisoft decided to send their game to the big screen with Michael Fassbender in ‘Assassin’s Creed, The Movie.’ While the look and feel stayed in sync with the game, the movie was given a modern twist with features that were given a funky new tweak. Take the ‘The Animus,’ for instance, the machine used to experience ancestors’ memories. In the game, this was portrayed as a chair, but in the movie it was converted into a machine that lifts the user in the air, allowing for a more modern experience. The overall theme of the movie was still about the Assassins taking on the Knight Templars, keeping the authenticity intact. No matter whether you follow games or not, there is no one who hasn’t heard of this game. That’s  how popular ‘Need for Speed’ is. And understandably in 2014, it was reincarnated as a movie. So how did the movie replay the adrenaline rush of cars on a race-track? Well, by taking the route of street racing! The tale revolves around two former partners, some vengeance and a cross-country car race. That’s definitely the right kind of cocktail to get auto-heads in the mood. While this Aaron Paul starter didn’t do well at the box office, gamers loved this age-old franchise come to life.

From MS-Dos to Windows, to consoles, ‘Prince of Persia’ has showed up on every operating system, ever. And gamers all around the world have always followed the adventures of the Prince. Then in 2010, the game made it to the silver screen, with ‘Prince of Persia: The Sands of Time.’ Starring Jake Gyllenhaal, this movie obviously had key elements from the game and the plot of the film revolved around saving the world using the sands of time. Focusing on the ‘Prince’ and a magical dagger, the movie managed to replay the mystery and excitement that one associated with the game. For anyone who has played the game, the movie is a definite one-time watch. Lara Croft was probably the hottest selling adventure game in the early 2000s. It was a mix of adventure and woman-power, something Angelina Jolie brought spectacularly to the public consciousness in 2001. While critics didn’t praise the film, gamers certainly knew that no one other than Jolie could have done justice to this role. The storyline tied into the game and Croft was placed in a race against time as she looked to collect ancient artifacts. The only drawback was that it didn’t quite bring out the essence of the game as well as it should have. Check it out for a super-hot Angelina in her prime. 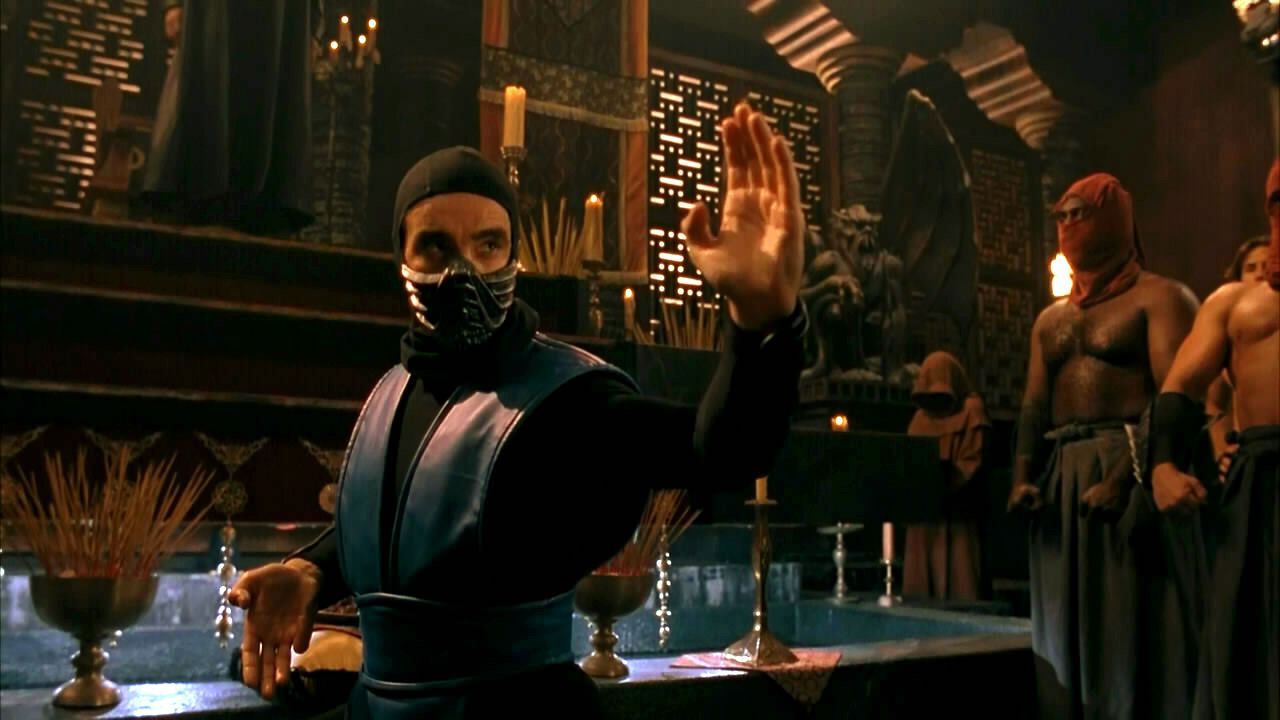 Ready? FIGHT! If seeing these two words brings back a flood of memories, then you’re surely a Mortal Kombat fan. For the average gamer, there was nothing more thrilling than slamming those buttons and stringing together a host of wicked movies in ‘1 v 1′ Mortal Kombat battles. The ultimate aim was to survive the tournament and stay as the last one standing. The game then got its own movie in 1995, thanks to director Paul W.S. Anderson. The theme of the movie was simple and in sync with the game- surviving a mysterious martial arts tournament. The onscreen portrayl  of each character was impeccable, and for a movie in the 90s this one did very well to capture the essence of the game.