The trailer of ‘Daddy’ gave us an exciting glimpse into the life of gangster-turned-politician Arun Gawli and Arjun Rampal’s fans could not have been more excited to see him appear on the screen after a long gap. But sadly we are in for a disappointing and bumpy show.

Hailing from Dagdi Chawl, Arun Gawli (Arjun Rampal) embraces the dark side as the last resort when all the mills in Mumbai shut down. His gang consists of Rama, Babu and Vijay and his love interest Zubeida (Aishwarya Rajesh) appears pivotal to his ‘soul-searching/existential crisis’ dilemma.

Every time he tries to come out of his dark world and fight his demons, he is somehow sucked back into it. Gawli starts working under don Maqsood (Farhan Akhtar) who is none other than Dawood.

Things take a turn for Rampal when all his gang members are killed and he takes the throne. His swift decisions and cold, calculated demeanour turns him into the most feared gangster in Central Mumbai and pretty soon he can’t be tamed even by Maqsood.

On the other hand we have ‘good cop’ inspector Vijaykar (Nishikant Kamat), whose sole aim is to lock Gawli behind the bars.

Gawli is something of a Robinhood-like hero for his followers which earns him the title of ‘Daddy’. However, it is left for the viewers to decide if he deserves to be hated or lauded. Ashim Ahluwalia’s Gawli is not portrayed as the classic evil, devious gangster, but as someone who aims to change himself for the betterment of people.

Rampal is convincing in every manner as the brooding Gawli seeking a chance for redemption, by the weak screenplay rains all over his parade and leaves you with an unfulfilling taste.

The highlight of the film is its camera work that truly takes you back to the 80’s with its gloomy, dark settings, while the look of the characters are spot on, giving you the classic feel of that decade.

In an attempt to create a holistic work, somehow there is a clash of elements on screen turning the script into a congested, overflowing platter leaving one confused as to what the Director is trying to convey. 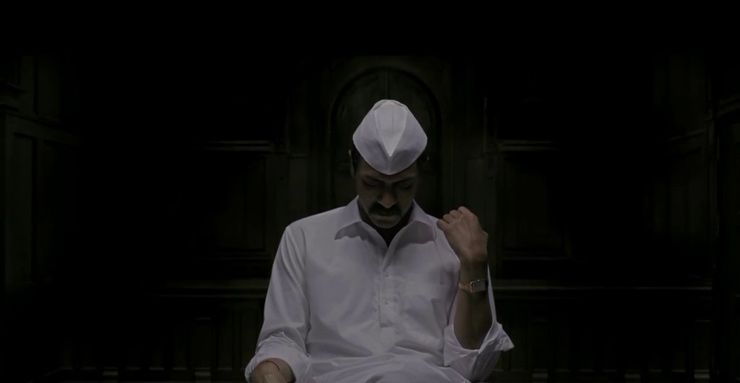 The first half of the film moves at a super sluggish pace, giving you enough time to scroll through your messages and you still wouldn’t miss a thing.

The ultra-detailed journey of Gawli could have been trimmed as it completely stole the focus from the plot of the story.

By the time you get to the second half your patience barely sustains and the overwhelming smorgasbord of elements just kills whatever shred of interest you had left.

Arjun Rampal is the saving grace of ‘Daddy’ as he shines brightly as the redemption-seeking don, and the hard work he has put into portraying this character is visible for all to see.

He slips perfectly into Gawli’s shoes but the script keeps pulling him down throughout the film.

Talking about the rest of the cast, Kamat is spot on and leaves you impressed and so does Rajesh as she gives justice to her role of a devoted partner. 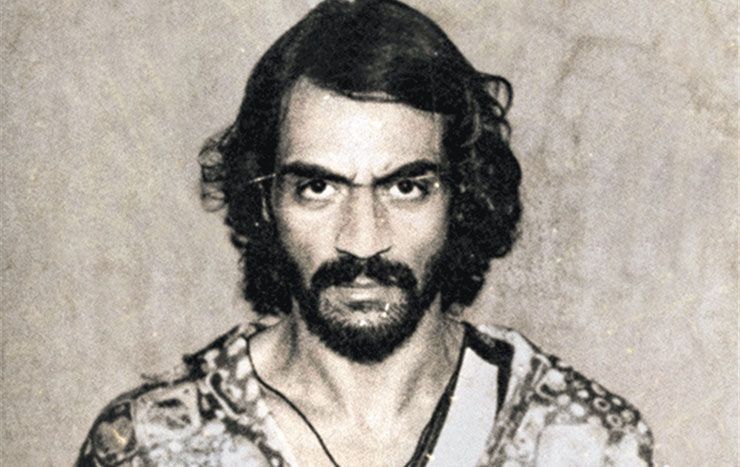 Farhan Akhtar somehow appears uncomfortable as the bad guy with his forced glares and perpetually creased brows, as nothing about him matches the description of Dawood, simply making his role as all kinds of wrong.

Don’t watch ‘Daddy’ if you are looking for a fulfilling movie experience, but do watch it if you have missed Rampal as he is simply brilliant.

This slow-paced drama isn’t for those who expect it to be something like ‘Once Upon A Time In Mumbai’.

‘Daddy’ is nothing but a flawed screenplay that leaves you heavily disappointed at the wasted star power in the movie.