Of all the noteworthy words our beloved Captain Jack Sparrow said in the ‘Pirates of the Caribbean’ franchise, there was one dialogue that kind of stuck in our minds – “Not all treasure is silver and gold, mate”. And we guess neither Johnny Depp nor the kids of BC Children’s Hospital in Vancouver, Canada will forget those words, especially after Depp paid a surprise visit to the hospital dressed as Jack Sparrow.

Today #BCCH patients were delighted by a visit today with one of the world’s most famous pirates, #CaptainJackSparrow. pic.twitter.com/ORsDDsO84Z

No treasure can be bigger than bringing a smile on someone’s face and making them feel special and Depp did exactly that. The hospital appreciated the actor’s gesture by posting pictures of the 54-year-old Depp who is currently busy shooting for his new comedy drama ‘Richard Says Goodbye’.

#JohnnyDepp showed he has a heart of gold by stopping by and spending over 5.5 hours with our patients and their families yesterday. pic.twitter.com/ZnJxqMzBqH

They wrote, “Johnny Depp showed he has a heart of gold by stopping by and spending over 5.5 hours with our patients and their families yesterday.” They wrote in another post that “Johnny Depp as “Captain Jack Sparrow” sails into Vancouver to visit BCCH patients.”

Depp looked really happy and excited to be meeting and posing with the kids and we are sure that his young fans didn’t feel any different. In the five hours he spent at the hospital, he not only spent quality time with patients but also participated in sword fights with some of them and filled the air with laughter and joy. 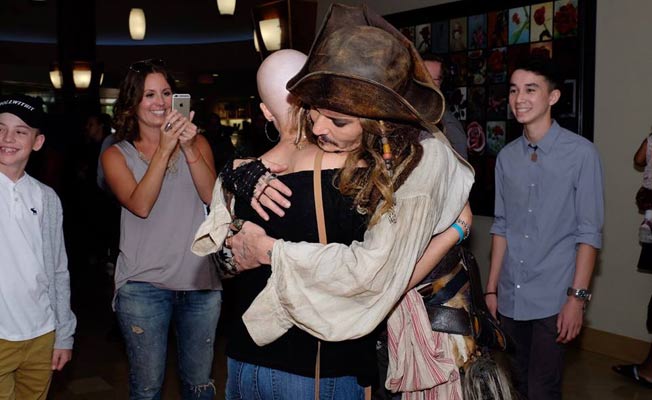 In a video posted by the hospital on their Facebook page, the actor was seen playing with the kids and jokingly said one of the young patients “How do you do? I have no sword. I come in peace.” 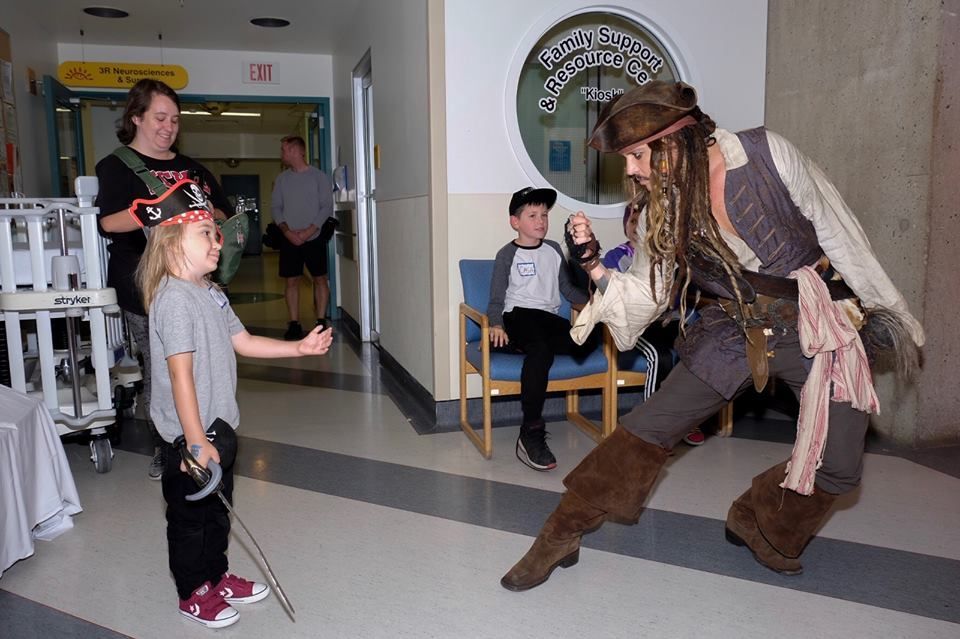 The kids too were extremely excited and elated meeting their favourite pirate. One of them even said in the video, “I didn’t wake up in the morning knowing I was going to see Johnny Depp today.”

He didn’t get out of his character while enjoying with the kids and made their dreams come true. This is not the first time that the actor paid surprise visits to his fans. In April, the actor reportedly surprised riders on Pirates of the Caribbean at Disneyland in Anaheim, California. Last year, he visited Great Ormond Street Hospital in London as well.

The 10th seeded Indian started the match a bit slowly and ended up losing the opening game. She came back strongly in the following two games to seal the match.