Anushka Sharma married (finally) her boyfriend Virat Kohli in Italy on Monday and the Internet has exhaled. Twitter is flooded with wishes for the newlyweds, with several messages being posted by the 29-year-old actress’ friends and colleagues from Bollywood. Anushka and Virat had a mehendi ceremony followed by the wedding at a resort in Tuscany, after which they posted this on their Twitter accounts: “Today we have promised each other to be bound in love forever. We are truly blessed to share the news with you. This beautiful day will be made more special with the love and support of our family of fans & well wishers. Thank you for being such an important part of our journey.”

The tweets were greeted by a deluge of responses from stars like Sridevi, Amitabh Bachchan, Shah Rukh Khan, priyanka Chopra, Shahid Kapoor and Anushka’s Dil Dhadakne Do co-star Anil Kapoor. Some, like Riteish Deshmukh, Richa Chadha and Neha Dhupia, sneaked in cricketing references. 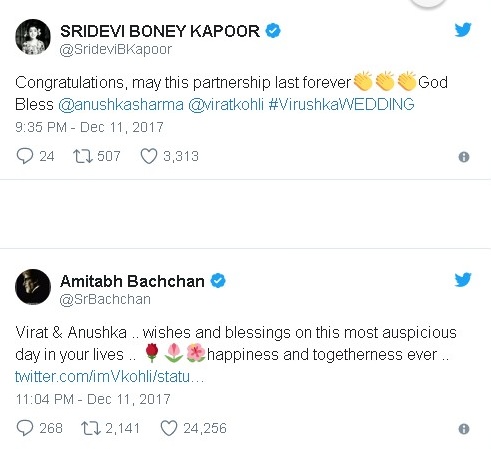 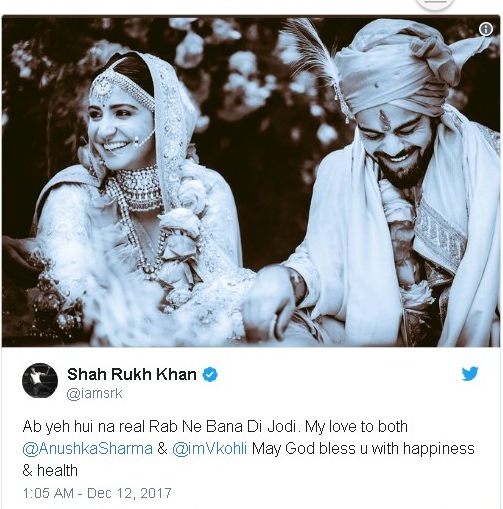 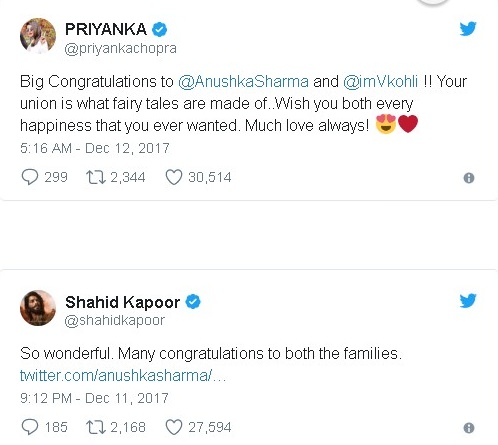 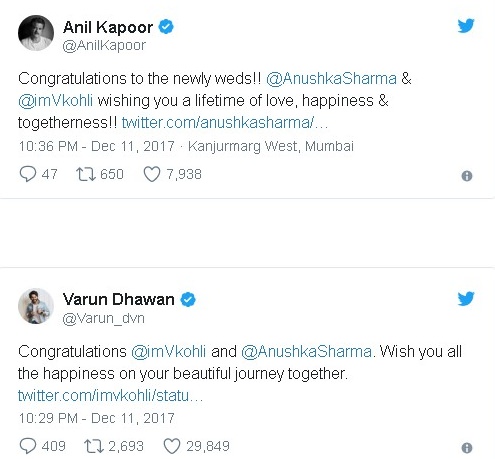 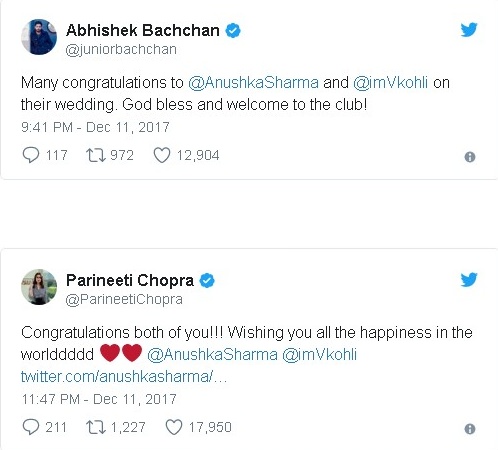 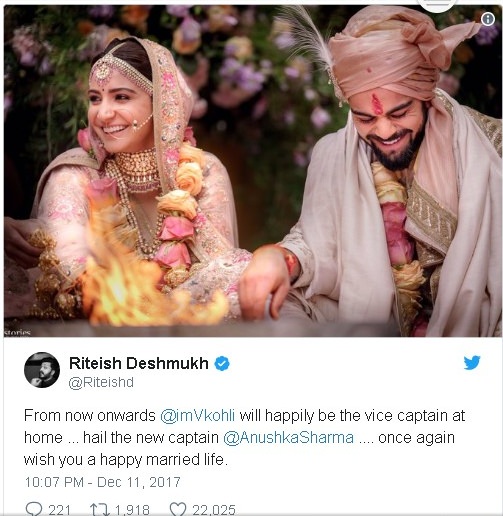 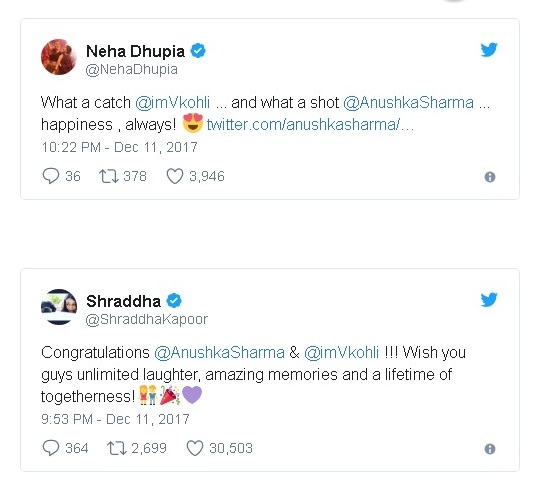 #VirushkaWedding shows no signs of dropping from its position at the top of the Twitter trends list.

The wedding, held amid tight security, was strictly family and close friends. Designer Sabyasachi Mukherjee created the wedding outfits for both bride and groom as well as Anushka’s mehendi ensemble. Two receptions will follow – the first in Virat’s home town of Delhi, the second in Mumbai. The couple will also live in Mumbai, in an apartment in Worli. After the second reception on December 26, Ansuhka and Virat will fly to South Africa to ring in 2018. Virat stays on to play a series there, Anushka returns to resume work on her film with Shah Rukh Khan and Katrina Kaif.

Anushka Sharma’s spokesperson denied wedding rumours all of last week, right up until the actress flew out of Mumbai with her parents and brother. A statement released on behalf of the actress after the wedding read: “We are extremely grateful to the media for their support and understanding in making this special occasion a memorable one and thank them for their continued love and support.”

Anushka and Virat met while filming a commercial in 2013. They confirmed a romance later, saying that they were ‘two young people in a relationship.’ Anushka and Virat were rumoured to have broken-up last year after the cricketer posted a photo of himself captioned ‘Heartbroken.’ They later reconciled and were pictured at parties and events together. Pictures of the couple at a temple in Uttarakhand went viral in November 2016, prompting speculation of an engagement. The priest they were photographed reportedly accompanied the actress’ entourage to Italy.

Anushka Sharma was last seen opposite Shah Rukh Khan in Jab Harry Met Sejal. Apart from the project with SRK and Katrina, her upcoming films include Sui Dhaaga and Pari.