Looks like Bollywood has got its new hottest couple and people just can’t help but obsesses over these two wonderful actors. If we go by the latest buzz then Richa Chadda and Ali Fazal are dating each other. And all this started a year back.

Well, not many knew about it except a few close friends, but the couple finally decided to go public walking hand in hand at the Venice Film Festival. One glance at the picture that’s going around the Internet and you will totally see that something is definitely cooking. The actress accompanied Ali walking the red carpet with him as his film ‘Victoria and Abdul’ was being screened there. It goes without saying that this picture has pleasantly surprised many fans. It is believed that Richa always wanted to be by his man’s side on his big day and here she is all rooting for him. Isn’t that just adorable?

There were reports that Richa was apparently dating her series co-star Angad Bedi, but we can now say that it was nothing more than plain rumours. Now what’s left for us is to see if the duo will finally make their relationship official publicly, now that they have made an appearance together! 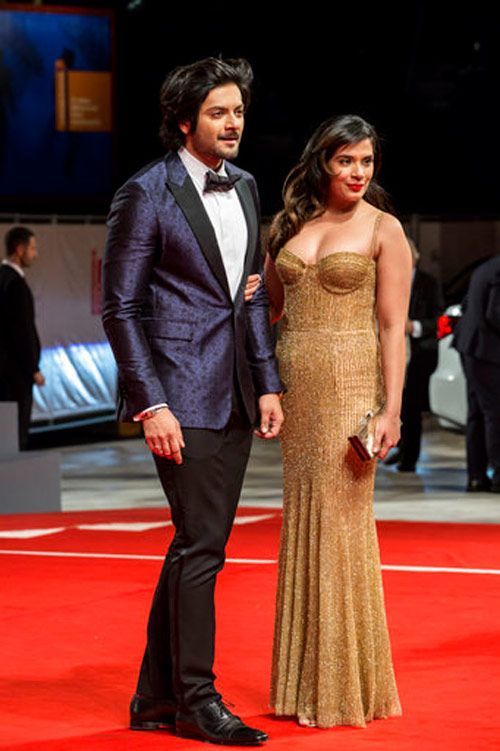 A source close to them revealed to Bollywoodlife.com, “A source close to the couple revealed, “The two want to focus on their work and don’t want people’s attention to be drawn to their private lives. Of course, close friends were aware of their relationship status. Richa and Ali have been friends for four years now and also have a common social circle. Their friendship turned into love only about a year ago. The transition happened gradually as they are like-minded people who share similar interests, be it films or their love for theatre.”

And now is the perfect time to remember what Richa mentioned couple of months ago, ““If you meet the right person, and fall in love, you can’t deny it. If someone is perfect for me, I’ll be with him no matter where he is from. But I have to feel that way for him. I won’t date a vaguish businessman. I?need to fall in love with the person.” On being prodded further to know if she has already found that special someone, she added, “I’m interested in some people. Let’s see where it goes. I was so busy with work, but now that I’m going on a break, I’ll finally have some time to concentrate on my love life.”

Couldn’t be more proud â?¤ï¸?!!! @alifazal9 ! You held your own. Magnificent in the film and in a magnificent film !âœ¨ðŸ˜?

The two met at the sets of ‘Fukrey’ in 2013 and since then, they grew fond of each other due to their common interests. We bet now ‘Fukrey’ fans are all the more excited to watch the second instalment of the franchise which has already garnered a great response from the viewers. What do you think about this new B-town Jodi? Tell us in your comments below.