Our favourite show ‘Game of Thrones’ is back with its 7th season and so is our obsession for watching it before everyone else. To avoid spoilers and ruin it for everyone else, the fastest option seems to be the pirated and leaked versions floating online. Well, when half the world is watching it, why shouldn’t we, right? But, ever wondered what happens to the source who leaks it? They get arrested by the cyber cell before they can even get to see the ‘leaked episode 6′. If Monday wasn’t bad anyway, it turned worse for these four men who saw the real life White Walkers aka Mumbai police, walk into their lives and arrest them for leaking an episode of ‘Game of Thrones’ online. Three employees of Prime Focus Technology and a former employee have been accused of leaking the show’s fourth episode online. Reportedly, the complaint was filed by the company. It processes the series for online streaming service Hotstar and a Mumbai court remanded them in police custody till August 21. Yes, we are talking about ‘The Spoils of War’ and apparently the leak of this episode was separate from the HBO hack that stirred a storm on the Internet. 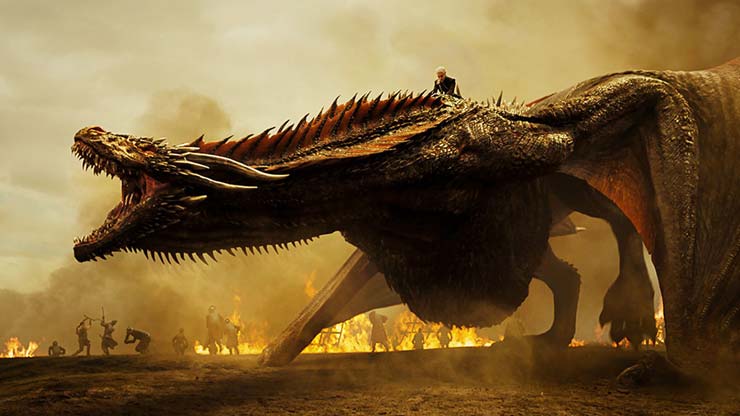 The company that is said to have the season’s airing rights lodged a complaint after they found the low quality video of the episode on the internet, before the official airing. They caught hold of the culprits because they saw the channel’s watermark on it. According to Hindustan Times, the people accused are Bhaskar Joshi, Alok Sharma, Abhishek Ghadiyal and Mohammad Suhail. They have been booked under section 408, 34 of IPC for breach of trust with common intention and sections 43 and 66 of IT Act for penalty and compensation for damage to computer and computer-related offences.

‘Game of Thrones’ has already become the most pirated show on television and has compelled half of us to wait for the leak, more than the actual airing of any episode. While, we are losing our sh*t over the leaked episode 6, please beware before sharing anything because ‘cyber cell is coming’.