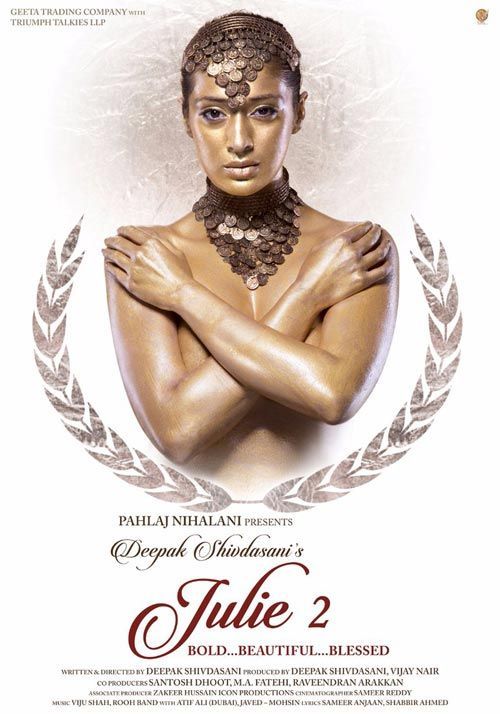 Defending his position as CBFC chief as someone who had to follow the rulebook, he added, “”There were cuts because I have followed the guidelines.” Just in case you haven’t seen the trailer of ‘Julie 2′, here have a watch:

Twitter burst into a rather sanskaari climax at the u-turn:

Comic José Covaco? had a brilliant solution to ensure the film sticks to our sanskaars

Palhaj Nihalani’s new film is destroying our Culture and our Sanskaars so I’ve made some options for the poster. pic.twitter.com/nhON3anQcU

This is Pahlaj Nihalani doing his bit for Beti Padhao scheme. Julie taking a nap after intense cerebral reading. pic.twitter.com/vt8q4t7Ocq

Pahlaj Nihalani still doing his duty as Censor Board chief

Haters will deny but it was Pahlaj Nihalani’s decision to put a book to cover. pic.twitter.com/qic4SRYpjZ

Pahlaj Nihalani #Julie2 is Total family film.. Everyone in family will love to see it but not with each other ðŸ˜? ðŸ˜? ðŸ˜?

Now we know what Pahlaj Nihalani was visualising when journalists were asking him questions… pic.twitter.com/6j7YrXEf5m

Am delighted that the Censor Board relieved Pahlaj Nihalani of the burdens of office so that he could give us Julie 2.ðŸ˜‚ðŸ˜‚ðŸ˜‚

Take your family along to watch it

Pahlaj Nihalani, the man who vowed to ‘clean up’ Indian cinema, returns to movies as the producer of this family entertainer. pic.twitter.com/db2PkUQheg