Within a few days of its release, David F. Sandberg’s ‘Annabelle: Creation’ has raised the bar for supernatural horror movies really high. How a seemingly innocent doll (with life of its own) brings the whole house down and terrorizes everyone is one sight we won’t be able to forget anytime soon. This movie has actually cemented our fear to an extent that we won’t be able to see dolls in the same light again. Our dreams have now turned into nightmares that are sure to give us quite a few sleepless nights. Talking about nightmares, what’s scarier than a horror movie? A psychological horror film that f**ks with our mind so bad that we often forget that there’s a thin line between fiction and reality. And Andrew Getty’s ‘The Evil Within’ is one such scary movie. The movie released early this year and director Andrew Getty, who spent almost 15 years and gave his all to make this film happen, unfortunately died two years ago and couldn’t see his project see the light of the day. This is one of the strangest and creepiest movies and is a hauntingly brilliant depiction of nightmares and the delusion it causes within. If you thought that the South Korean movie ‘A Tale of Two Sisters’ was the creepiest psychological horror so far, watch ‘The Evil Within’ because it surpasses every movie in the horror, supernatural and psychological thriller genre. ‘The Evil Within’ narrates the story of a mentally challenged boy whose dreams start haunting him as he gets drawn towards a demonic creature, which connects with his reflection in an antique mirror. All hell breaks loose when the demon orders him to go on a murderous rampage and kill the ones he loved the most. 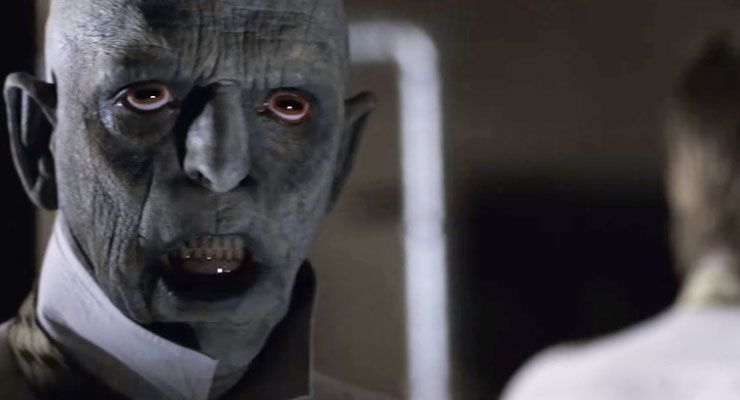 Getty, a millionaire and grandson of J. Paul Getty (founder of Getty Oil) was really obsessed and passionate about this movie and it is believed that it depicts fragments of Getty’s own twisted dreams and nightmares. Frederick Koehler, who plays the boy’s role in the movie, told The Hollywood Reporter, “Essentially, I’m playing Andrew.” He further added, “When he talked about the construction of the script, he would often say that a lot of content came from his own personal dreams. He was battling with a lot of demons.” In fact, Producer Michael Luceri too echoed similar thoughts. He told People, “Andrew had a lot of fun as a kid. He had dreams of a mirror, just his reflection and he did wonder, ‘What if this was someone else in another place?’”

Getty reportedly spent an estimate of $4 million to $6 million of his own fortune for this movie. In fact, he reportedly even sold his prized AC Cobra sports car to fund the movie. Reports suggested that Getty died from gastrointestinal hemorrhage and ulcer. However, it was later found that he had deadly levels of methamphetamine aka meth in his body. After Getty’ death, Producer Michael Luceri took it on him to complete the movie. In the course of 15 years, the movie saw many changes not just in the title but also in the cast and crew.

From being born in the riches to giving it all for a film and at one point eating cereals for days, Andrew’s efforts definitely didn’t go in vain and the movie is as bone chilling and scary as one can imagine.