The celebrities reading mean tweets about themselves segment on ‘Jimmy Kimmel Live!’ is honestly legendary. It is hilarious to see all the A-listers react to the meanest yet funniest things people on Twitter have said about them.

For the 11th edition of the highly popular and always viral segment – arguably the best one till date – Jimmy managed to gather some of the most famous names in Hollywood, including Gal Gadot, Jake Gyllenhaal, Emma Watson and Jennifer Lawrence. The best part is their reaction while they are getting roasted, all in good fun, obviously.

It starts off with our very own Wonder Woman, with a grammatical nightmare of a tweet.

The tweet sums up all the ridiculous criticism of Gal Gadot, and her being cast as Wonder Woman, in one sentence, but it didn’t seem to faze Gadot at all.

Even Jamie Lannister got roasted and his face is priceless. 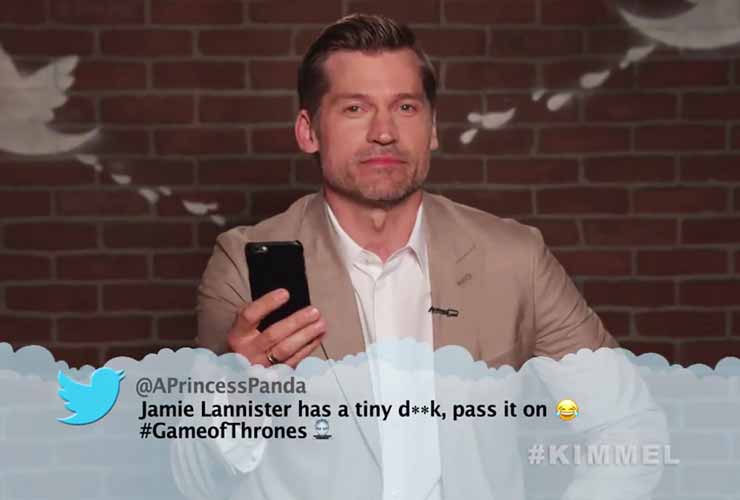 John Lithgow had the best response to his mean tweet, though. 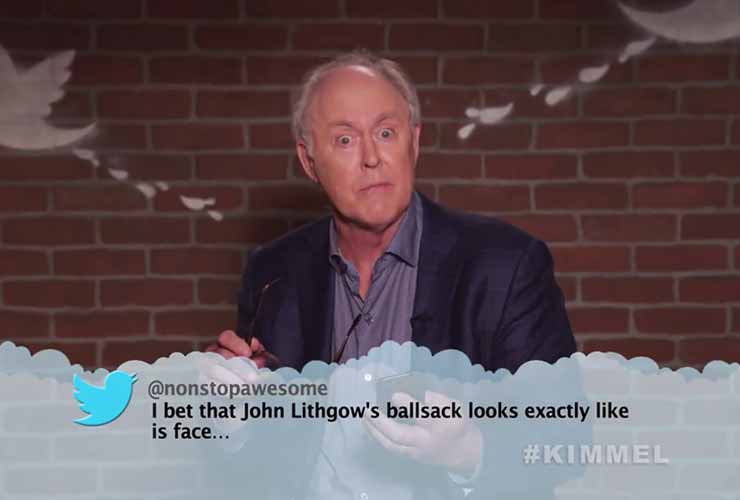 “My face is not complimented, but my ballsack is.”

Wasn’t that a little too specific?

Jennifer Aniston’s face says it all. 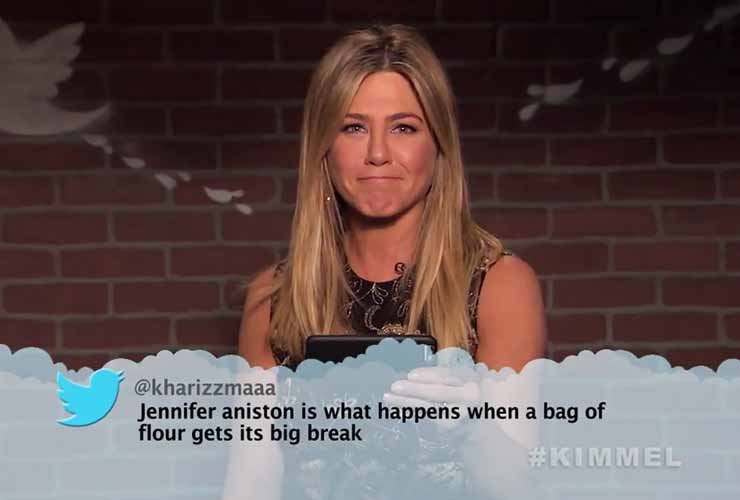 Michael Keaton’s reply – “Put a gun in your mouth.” 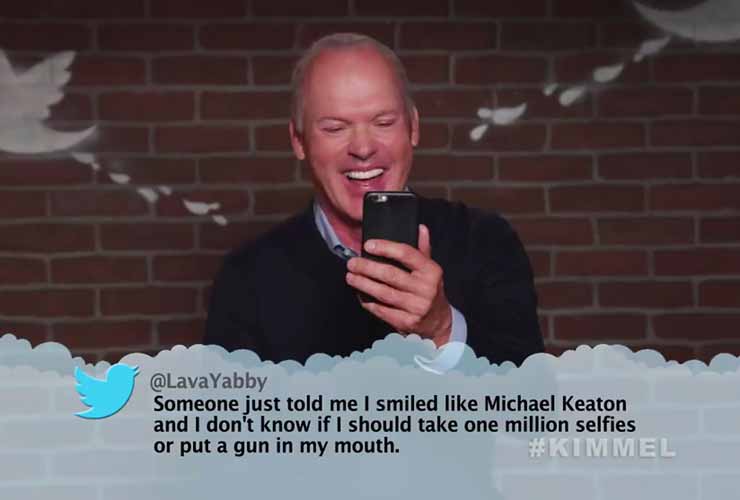 That puppy dog face, though. 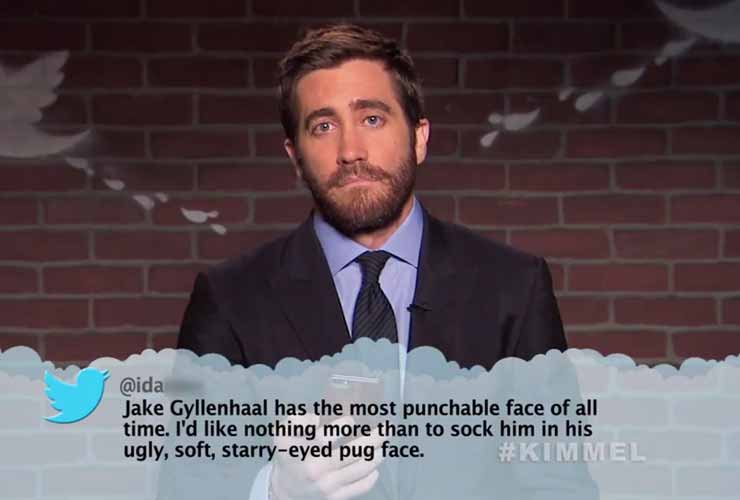 A mean tweet by none other than US President Donald Trump also made an appearance. But, the segment ended with the best response by Kumail Nanjiani. 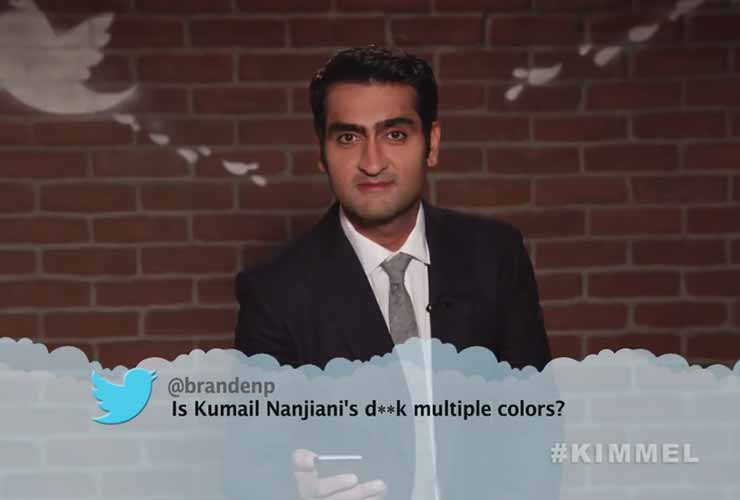 “Yes, every shade of your mother’s lipstick… And her butthole.”