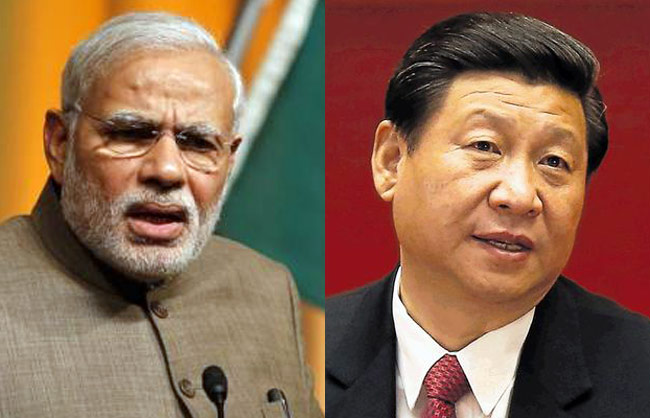 The publication said among the lessons that can be drawn from the ‘2015 TIME 100 list’ is that Asia has a crop of strong leaders after years of being run by not-so-dynamic politicians. Photo: ReutersIn yet another boost for Prime Minister Narendra Modi’s global image, Time magazine on Friday called Modi a froceful leader eager to put his stamp on history.

According to the magazine, both India and China are today run by “forceful leaders” eager to put their “stamp on history”, with Indian Prime Minister Narendra Modi working to lead from the front after Manmohan Singh’s decade of “increasingly listless rule.”

Modi was named by TIME among the 100 most influential people in the world in its annual list on Thursday, with US President Barack Obama penning a flattering profile of him.

The publication said among the lessons that can be drawn from the ‘2015 TIME 100 list’ is that Asia has a crop of strong leaders after years of being run by not-so-dynamic politicians.

“China and India may be two of the most dynamic countries in the world, but for years their leaders were anything but,” TIME said, adding that from 2002 to 2012 China was run by the “colourless and cautious” President Hu Jintao, though most decisions were made not by him alone but through consensus among the top tier of the Communist Party.

In India, former Indian Prime Minister Manmohan Singh presided over a decade of “increasingly listless rule”, ending in 2014 when he left office at the age of 81.

“But today, both China and India are run by forceful leaders eager to put their stamp on history,” it said.

TIME referred to Modi’s rock-star reception at the Madison Square Garden during his visit to the US last year, saying not many world leaders can get the kind of audience he commanded at the iconic city arena.

Unlike many of his predecessors, Modi has “worked to lead from the front, and he’s already carved out an impressive international profile – not too many other international leaders can pack Madison Square Garden for a speech, as Modi did last September”.

TIME said that Chinese President Xi Jinping “is even more powerful” and more determined to exert direct control of his country.

In the ‘TIME 100’, former Australian Prime Minister Kevin Rudd writes that Xi is now “likely to be China’s most powerful leader since Mao”.

“That’s not always a good thing. While Xi is carrying out reforms that are needed to make China’s economy more sustainable, he’s also ruthlessly cracked down on civil society and challenged the US for global leadership,” said the magazine.