If there’s one thing ‘Game of Thrones’ is notorious for, it’s the  ability to deliver a hell of an action scene. The battles on GoT are the stuff of legends: involving dragons, giants, mechanized crossbows, armadas of ships, and the Undead. Over seven seasons, the HBO show has given us many memorable battles. Here are some of our favourites:

5) Dragons vs. White Walkers in Beyond The Wall (Season 7, Episode 6): This wasn’t one of the most epic battles the series has ever given us, but this was entirely worth it for that one moment in which The Night King hurls his magic spear at Viserion. The question throughout this series has been: what can kill a dragon? None of us were very convinced that Cersei’s crossbows-large as they may be – could finish the job. So to see Viserion fall was extraordinary, because this was a battle that pitted one type of magical creature against another. The lingering question on all our minds is surely: What happens now that Viserion is reanimated? Where do his loyalties lie, to his Dragon mother or to the Night King?

4) The Night’s Watch vs. The White Walkers in Hardhome (Season 5, Episode 8): 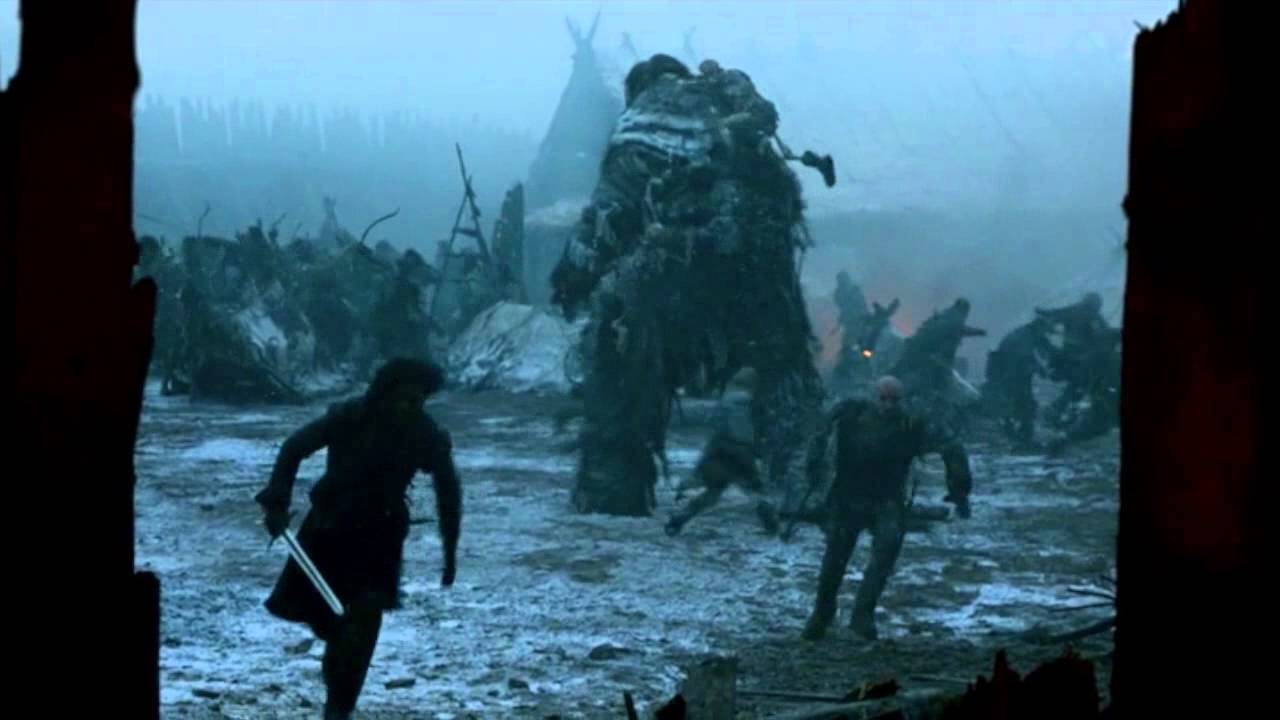 Set against the blue chill of the North, this was one of the more visually beautiful battles. It occurs in the remote fishing village of Hardhome, where Jon Snow has gone to recruit wildlings to his cause. There’s no question of who will win against the White Walkers, who clearly outnumber the human beings.

The moment in which The Night King reanimates the dead is one of the most shocking moments of the entire series. This is Jon Snow’s biggest test so far, and the fact that he survives makes it clear: he deserves to be King of the North.

3) Jon Snow vs. Ramsay Bolton in The Battle of The Bastards (Season 6, Episode 9):

Good vs. evil: we know who we want to win. At this point, we’ve seen Ramsay do despicable things throughout the series. This battle is a perfect example of Ramsay’s superior military strategy, though: as Sansa warns, he cannot be trapped. He kills Rickon Stark in order to infuriate Jon, then surrounds the latter’s army in a circular formation reminiscent of early Roman battles. The clash is so deadly that Jon’s army has to climb over corpses in order to keep fighting. Luckily, the cavalry – summoned by Sansa- arrives at the very last moment to smash the Bolton army, in true Bollywood style.

2) Oberyn Martell vs. Gregor Clegane in The Mountain and The Viper (Season 4, Episode 8)

Although this is a trial by combat and not a conventional battle, it still deserves to rank highly on the list. The small, agile Viper dances circles around his formidable opponent: we almost want to take bets on whether speed or strength will win the day. After a few nailbiting minutes, we see that Oberyn has felled the Mountain. But when he stops to taunt his opponent, we cover our eyes. Anybody who watches Game of Thrones knows George R.R. Martin’s penchant of killing the fan favourite. And that’s exactly what happens. In the most gruesome scene we could imagine, the Mountain digs his fingers into Oberyn’s skull with so much force that it explodes. We don’t recommend eating popcorn while watching this scene.

This is the first real battle on Game of Thrones, and it does not disappoint. Stannis Baratheon sails to attack King’s Landing, and the consequences are catastrophic for all.

In a highly effective, carefully choreographed scene, a ship full of green wildfire explodes, instantly turning the tables on Stannis’ men. The action then moves to land as Tyrion and The Hound take on the invaders. It is an extremely heroic moment for Tyrion in particular, who does not look like any conventional hero we have ever seen. He shows far more courage and moral fibre than Joffrey – who gives us a good laugh as he turns to flee to the safety of the castle and his mother’s arms.