Diljit Dosanjh might be two films old in Bollywood, but he has already proved with his acting prowess that he is here to stay for a really long time. After winning our hearts with ‘Phillauri’ and ‘Udta Punjab’, the actor is all set to don the hat of a hockey player and not just any player, but former captain of Indian hockey team, Sandeep Singh. Earlier, speculations were rife about who will play his leading lady, but now all those doubts have been put to rest as actress Taapsee Pannu will be reportedly seen romancing Dosanjh in this movie, which is being directed by Shaad Ali. The shooting of this film will apparently start in October in Punjab. Both Diljit and Taapsee will undergo extensive training by professionals for their respective roles. Also according to a report in The Times Of India, Diljit might get training from none other than the legendary Sandeep Singh himself. Yes, the ace player is expected to help the actor gain more knowledge of the game and might show him some of his key on-field moves. In fact, Sandeep has earlier trained some actors for a Punjabi movie. The two are expected to meet soon t discuss further about this project, however, the discussions are still at a very nascent stage. 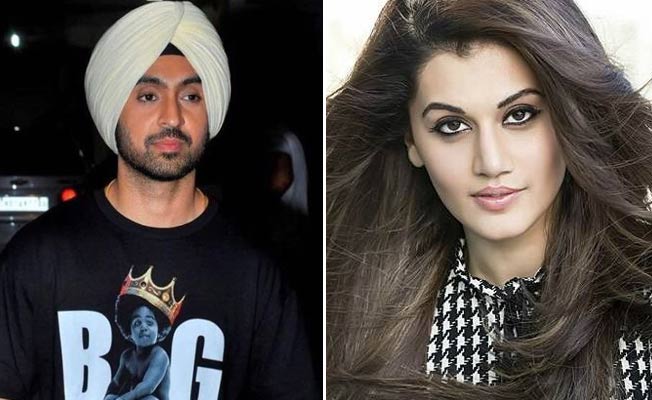 The film which is yet to be titled is not a biopic on ace hockey player Sandeep Singh, instead it will focus on his love life and apparently Taapsee Pannu too will be seen in the role of a hockey player. Diljit has already floored us all with his portrayal of a police officer, entangled in the growing abuse of drugs in ‘Udta Punjab’. Taapsee has already impressed us with her impeccable acting in ‘Baby’, ‘Naam Shabana’ and ‘Pink’ and is now all set to sizzle on the silver screen with her upcoming movie ‘Judwaa 2′ which also stars actors Varun Dhawan and Jacqueline Fernandez. He is sharing screen space with Taapsee for the first time and we are really excited and looking forward this movie because both the actors are extremely talented.