Ayushamann Khurrana and Bhumi Pednekar won our hearts with their great chemistry and acting skills in ‘Dum Laga Ke Haisha’. And now, the duo is back and all set to entertain us with a twisted love story, ‘Shubh Mangal Saavdhan’.We saw Khurrana playing a sperm donor and talking about an important issue in ‘Vicky Donor’ and now the actor once again tackles a very vital and sensitive issue of erectile dysfunction in his upcoming film.

The makers have finally released the trailer of the film and it’s not just romantic but takes you on a laughter riot. Munit (Ayushamann Khurrana) and Sugandha (Bhumi Pednekar) are in love but face sexual problems after marriage. Munit is shown suffering from erectile dysfunction and as a result, Sagundha’s family wants her to get out of this relationship. The thing that hooks you to the story is despite this, he decides to save his marriage and make it work.

What’s interesting is the fact, that finally, you have a film that talks about this issue which needs to be addressed. And instead of making it into a serious movie, they have presented it in a manner that you would love to watch.

Well, these two actors have already entertained us in their previous film, which was a massive hit at the box office. So, we bet this time won’t be any different. This video has already set up our hopes high.

This film is a remake of Tamil Comedy, ‘Kalyana Samayal Saadham’ and RS Prasanna who directed the original will be seen directing this one as well. 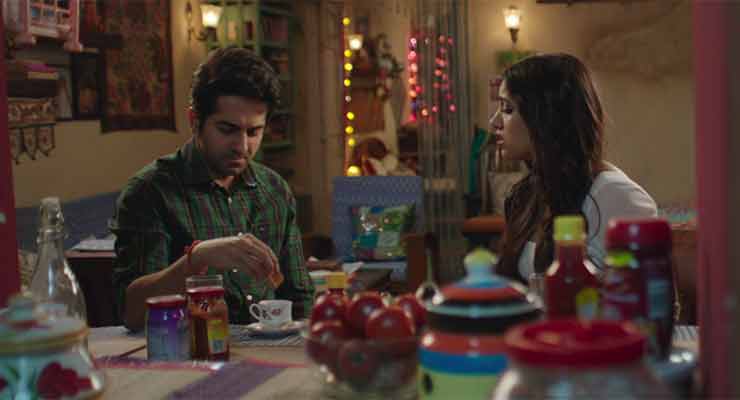 The original film showed a big fat South Indian wedding with a twist that people loved. Prasanna and Lekha Washington were also a part of it.

Doesn’t matter if you have watched it or not, this definitely looks like a film worth a watch. Check out the hilarious trailer here.