While the West has the likes of Ramsay Bolton or Gordon Ramsay, we at one point had something deadlier than them – The infamous

Ramsay brothers and their epic collection of horror movies. Terms like cringeworthy, bizarre and sleazy don’t even begin to define these iconic horror movies, which at one point were the only source of entertainment for us. Although our film-makers have come a long way from where they began, back in the day we loved to watch a white saree-clad pyaasi chudail in some shady puraani haveli, taking revenge from some lustful zamindaar who possibly murdered her.

But, we have to give the 80s or 90s movies some brownie points, because they didn’t have any of the latest technology or VFX to f**k things up, they just ruined these movies solely with their acting along with baseless and senseless scripts. We agree that some films were truly amazing and way ahead of their time, but then these movies were released and we lost our hopes in Bollywood (in making good horror movies) all over again. While others would talk about ‘The Exorcist’, we were scratching our heads deciding which DVD to burn, ‘Amawas Ki Raat’ or ‘Khoon Ki Pyaasi Daayan’.

But we can’t be selfish and keep all these golden movies to ourselves. Since life is all about sharing, we would like to make your souls cringe as well with these hilariously shitty horror movies from back in the day. Feel free to send in your suggestions to add to this list.

A disloyal wife and her boyfriend kill her rich husband and bury him 6 ft under the ground. So is the key to the locker that has all the cash, which they desperately wanted. The man now returns as a zombie to avenge his death. Don’t even try to find any logic here because it was buried with that man. 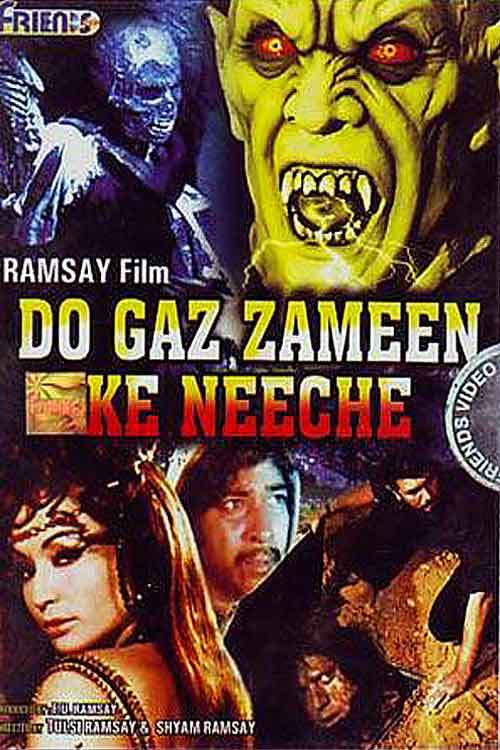 A man moves into a mansion as a caretaker along with his wife, and suddenly finds himself being haunted by a mummy in the dungeon with a dark past. Don’t look around for a man wrapped in white toilet paper, because Indian mummies don’t follow dress codes. The guy with the red face is ‘mah man’. 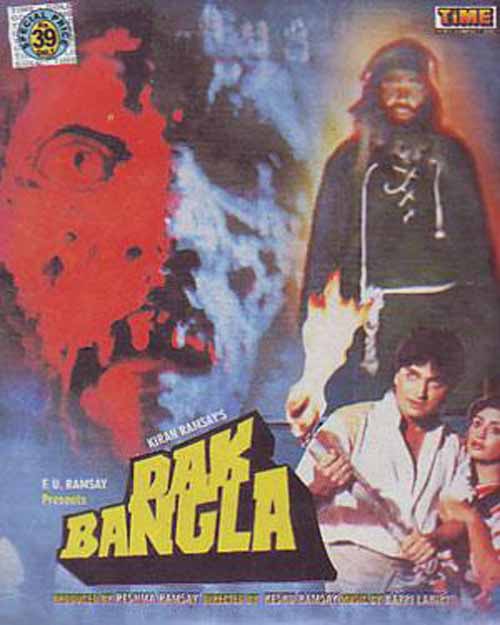 Archana Puran Singh, known for her *ahem* ‘subtle’ laughter, is the lead actress constantly under the attack of a man wearing steel claw gloves. Yes, this one is apparently based on the American horror film ‘A Nightmare on Elm Street’. They tried copying the West but then the Ramsay brothers saw the Bollywood signboard and rerouted the script to fit in magical snakes, sacrifices and a bloodthirsty evil magician, Shakal. 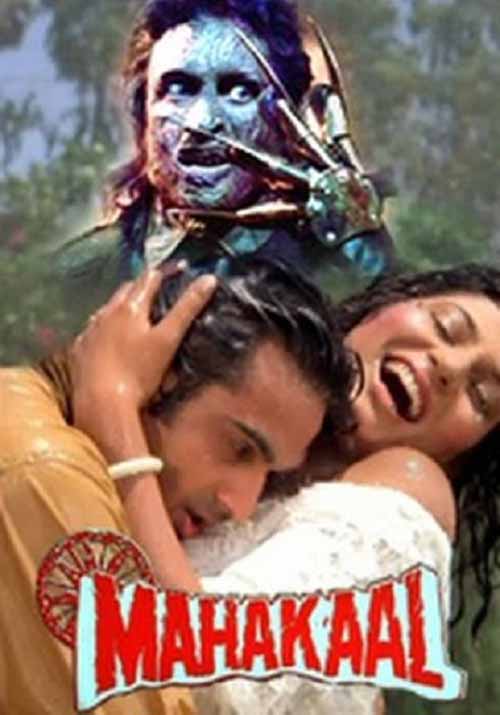 Who needs Annabelle when you have a ‘Papi Gudia’ at your disposal? The gist of the movie is that a black magic practitioner transfers his soul to a doll, which then starts to walk, talk and kill people. We bet even Karishma Kapoor will not remember being a part of this film. 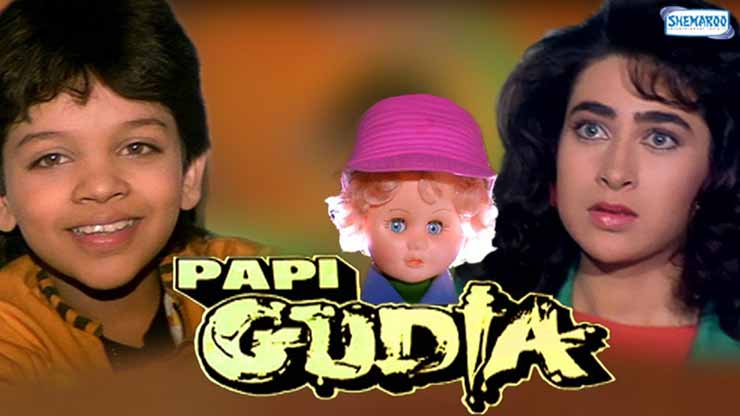 Call it budget constraints or love for underground dungeons, but Bollywood seems to be fascinated by purani havelis and the various victims it draws to the monsters locked in there. Add a tinge of a soppy love story and a spoonful of a lustful butthurt loser plotting against the main leads and there you have the recipe for a classic, f**ked up horror movie. 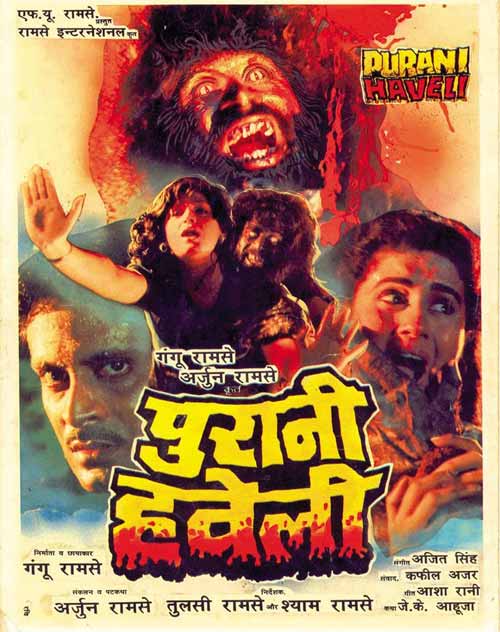 A tantric tells a man to sacrifice two girls to improve his sex drive and manliness. Again don’t ask us about logic, we just lost it at the baseless connection between killing women and improving one’s sex life. It’s like charging your friend’s smartphone in hopes of getting a full battery for yours. 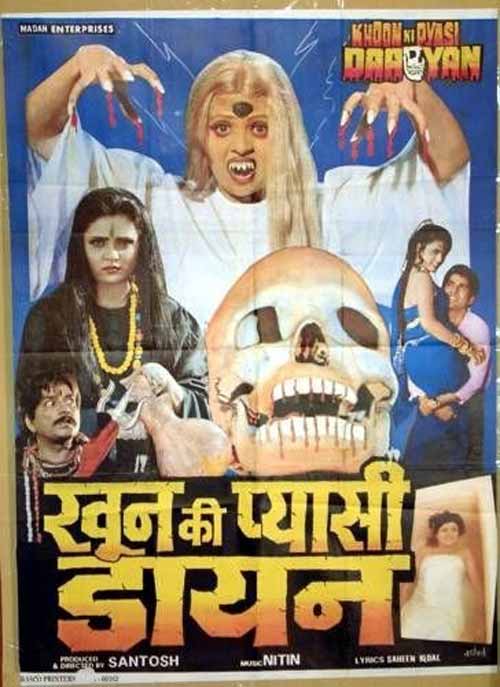 Literal translation – thirsty Satan! We understand some men are thirsty, but you don’t really have to make it obvious with such crappy movies. The film tells the story of a demon who sacrifices young women to attain immortality, just like the directors wanted us to sacrifice our brains before watching this insanity! 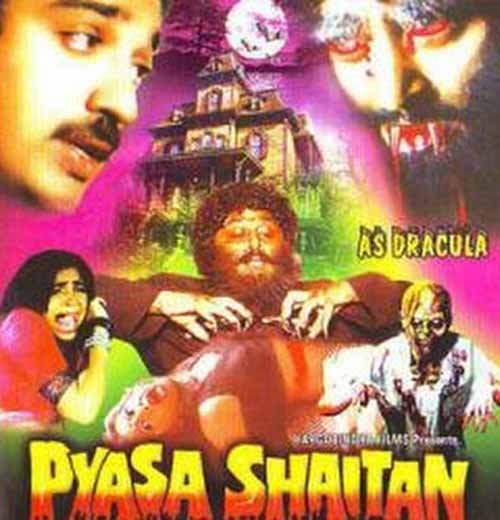 We know people are possessed by ghosts, but this movie is special because here a girl gets possessed by the scary hand of a woman who was murdered by her in-laws, hence the name panja. The woman then seeks revenge against those who killed the owner of that ghost hand. *Facepalm* 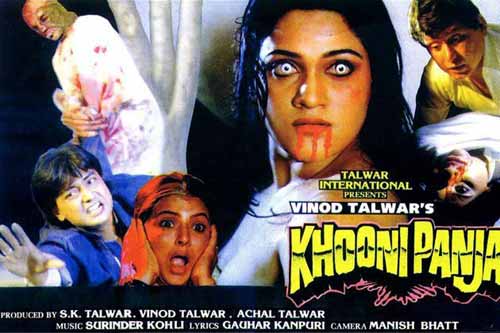 Who wants to celebrate their birthday with their friends, when you can celebrate one in a haunted house in the countryside? Well, at least Asha and her boyfriend Dr. Vijay consider it a ‘killer’ birthday plan. Quite literally, because Asha is soon haunted by a grotesque woman, who wants to kill her. Sounds fun! 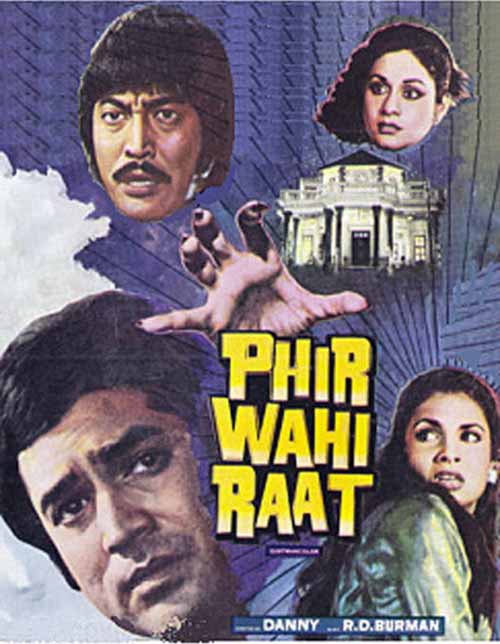 What’s worse than an obsessive lover? A dead, obsessive lover who comes back to kill his murderers one by one. We hope Bappi Lahiri’s music can help us sit through this one. 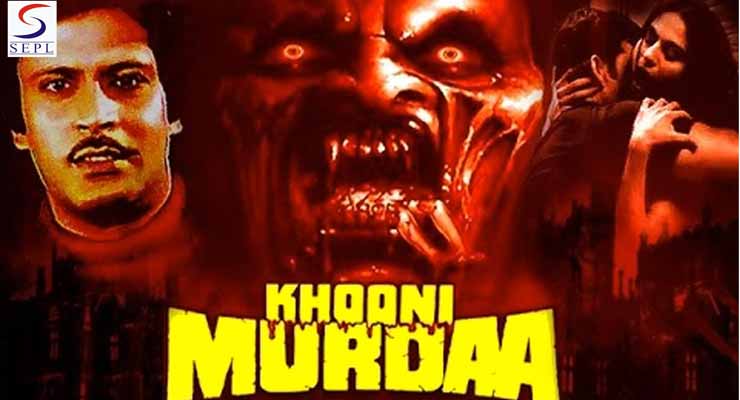